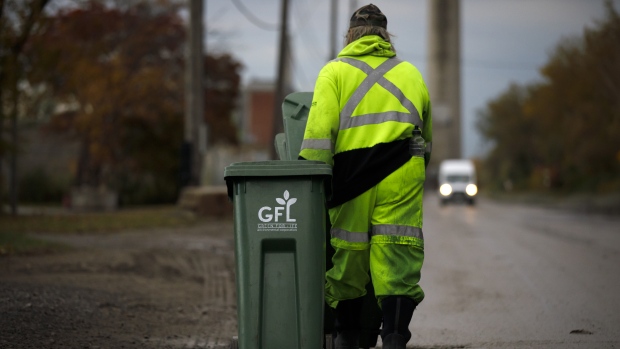 A former professional hockey player is betting that the mundane business of collecting trash will be a draw for investors unnerved by recent flops in the market for new public companies.

GFL Environmental Inc. and Chief Executive Officer Patrick Dovigi aim to raise as much as US$2.1 billion in what would be Canada’s largest ever initial public offering. The IPO, which could run to US$2.4 billion if additional shares are sold, would surpass Manulife Financial Corp.’s US$1.7 billion offering two decades ago.

GFL’s predictable business of trash collection may have more luck with investors. With more than 10,000 employees and operations across Canada and 23 U.S. states, the company collects and disposes of solid, liquid and hazardous waste, including organics and recyclables using a fleet of bright green trucks. It also offers infrastructure services such as soil remediation.

“We would definitely be interested in looking at it and meeting with management and potentially putting it into our portfolio,” Mike Archibald, associate portfolio manager at AGF Investments Inc., said by phone. “The most important point is that they are a fully-integrated waste management company. They have a lot of things that will allow for margins to continue to move higher over time.”

The sale of 87.6 million shares for between $20 and $24 apiece would value the Vaughan, Ontario-based company at about $7.5 billion at the top end of the range. The IPO is being led by JPMorgan Chase & Co., Bank of Montreal, Goldman Sachs Group Inc., Royal Bank of Canada and Bank of Nova Scotia. It’s expected to start trading on the New York and Toronto Stock Exchanges in the next couple of weeks.

Dovigi, a cousin of Hockey Hall of Famers Phil and Tony Esposito, was drafted by the Edmonton Oilers and played two games as a goalie in the East Coast Hockey League. He founded GFL in 2007 and has made over 100 acquisitions since, the largest being the $2.8 billion purchase of Waste Management Industries USA Inc. in 2018.

That helped propel its revenue to $2.7 billion in fiscal 2018 from $934 million in 2016, according to a company filing. GFL forecasts earnings before interest, tax, depreciation and amortization at $611 million to $619 million for the nine months ended Sept. 30.

It has yet to turn a profit and has racked up a lot of debt to fuel acquisitions -- $6.5 billion, according to data compiled by Bloomberg. 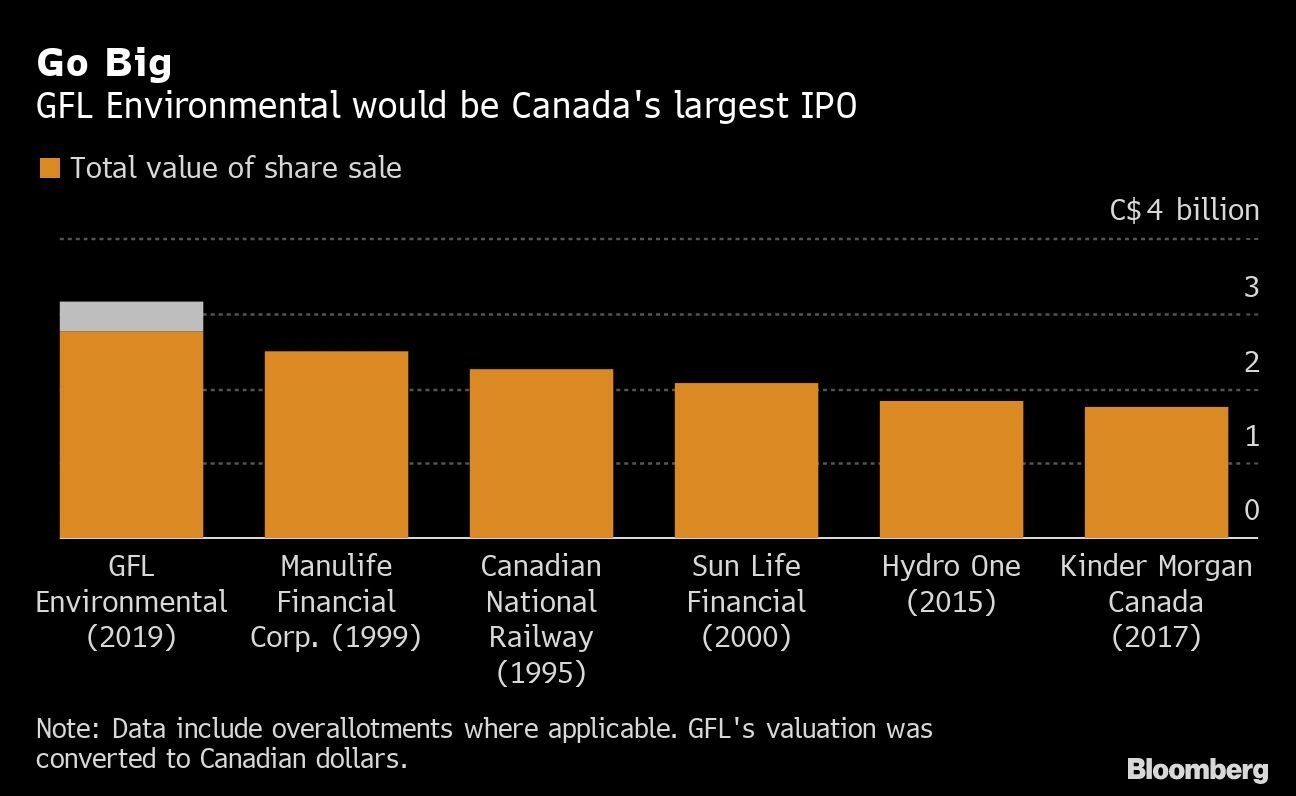 “They’ve gorged on debt and if they don’t go public this is kind of like a WeWork situation in the sense that the debt is going to engulf them,” said Schwartz, who won’t be buying into the IPO. “So they definitely need to go public and shareholders need to be very discerning. The company really needs to explain how they’re going to pay down that debt.”

GFL said in a company statement it plans to pay down about $800 million of debt with the proceeds from the IPO and use the rest for general corporate purposes including for future acquisitions.

Dovigi is expected to pocket about $22.8 million from the sale of his shares. Along with related entities, he will hold about 3.8 per cent of outstanding stock and about 28.3 per cent of the voting power. His investors, BC Partners Holdings Ltd. will have about 38% of the company and Ontario Teachers’ Pension Plan will hold 14 per cent and GIC, the private-equity investment arm of the Singapore government will own about 9 per cent.

Still, Schwartz said the business of garbage itself is solid.

“If you’ve looked at the historical returns and results from Waste Management, Waste Connections or Republic Services, garbage has been gold. It’s been an absolute grand slam,” he said. “I hope they pull it off, they’re just not going to be selling any shares to us and our clients.”

Shares of Waste Management Inc., the largest U.S. trash hauler, have jumped almost 27 per cent this year with a threefold rally since the end of 2011. Republic Services Inc. has climbed over 220 per cent in the same period.

Archibald at AGF said that while GFL does have more leverage than some of its industry peers, it’s not uncommon for this type of business.

“GFL is a significant player and has good assets,” he said. “They have both organic growth and M&A growth. I think it ticks a lot of boxes for a number of investors and they have a well-diversified business.”

--With assistance from Paula Sambo and Scott Deveau.