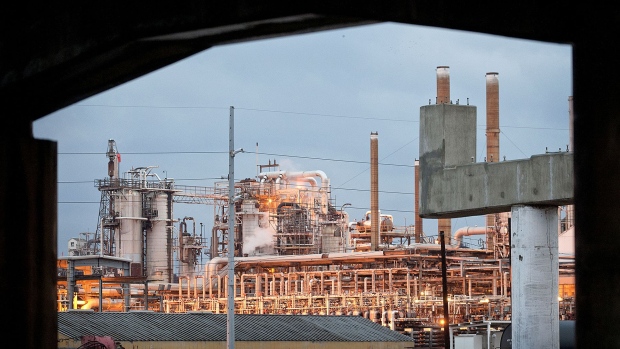 (Bloomberg) -- HollyFrontier Corp. slumped the most since June 2020 after signaling that first-quarter results will be eroded by refinery outages, raising questions about its ability to return cash to shareholders.

The fuel maker, which reported a fourth-quarter loss on Wednesday that was better than analysts forecast, has been plagued by equipment repairs at its recently acquired oil refinery in Washington state.

At the same time, the company’s renewable diesel development probably won’t turn a profit until the second half of this year, executives said during a conference call.

HollyFrontier’s goal has been to reinstate dividend payouts that were suspended 11 months ago during this year’s second quarter, and return a total $1 billion to shareholders by early 2023.

“HollyFrontier’s negative operating cash flow and $614 million Puget Sound acquisition compounded to consume $1.25 billion of cash in 4Q, which we believe could challenge its dividend reinstatement by 2Q as net debt-to-capital rose to 31% vs. 20% at 3Q.”

“The fourth-quarter loss was widely expected, but the first quarter will likely be a tough quarter as well”, said Silvio Micheloto, an analyst at Mizuho Securities USA LLC. Cash returns to investors “may be delayed depending on the cash flow ramp up.”