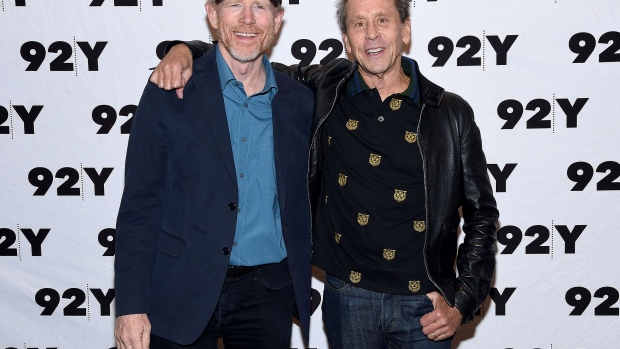 (Bloomberg) -- Five years after the hashtag #OscarsSoWhite first trended on Twitter, a pair of Oscar-winning producers, Brian Grazer and Ron Howard, are investing in a novel approach to address the persistent lack of diversity in Hollywood.

Taking a page from the Silicon Valley playbook, Grazer and Howard are building up an “accelerator” program, called Imagine Impact, which according to its website is designed to break down “the systemic barriers to Hollywood” and to give people a “meritocratic” chance to succeed.

“I just wanted to hack this medieval power system in Hollywood and provide access to people who wouldn’t normally have access,” said Grazer in an interview with Bloomberg News.

The inspiration for Imagine Impact came in 2018 when Grazer met with Paul Graham, the co-founder of Y Combinator. The prominent tech accelerator provides early-stage startups with seed money, industry connections and advice in exchange for a cut of the company’s equity. Since its inception in 2005, Y Combinator programs have helped give rise to many prominent companies, including Airbnb, Twitch, Dropbox and Reddit.

After the meeting, Grazer and Howard -- who together run Imagine Entertainment, the TV and movie production company behind such films as “A Beautiful Mind” and “Tower Heist”-- decided they would try to build an early-stage “content accelerator” for Hollywood.

Imagine Impact is centered around an eight-week-long “structured boot camp” in Los Angeles. To get in, applicants submit an original idea for a scripted television series or a feature film, along with a writing sample and a 30-second video introduction.

To date, Imagine has run three sessions. According to Tyler Mitchell, a producer and entrepreneur who leads the program, on average about 3,000 people apply for each class. Roughly 25 are accepted.

Once in the program, the participants move to Los Angeles, are paid as much as $40,000 to cover expenses and are paired with a mentor -- a seasoned Hollywood writer or showrunner. Together the creator and mentor spend the next two months developing the initial idea into a detailed script. Along the way, everyone is invited to attend weekly dinners and panels featuring advice and insight from industry veterans culled from Grazer and Howard’s deep network in show business. Past speakers have included J.J. Abrams, Issa Rae and Judd Apatow.

Each Imagine Impact session culminates with a “pitch day” in which the Hollywood hopefuls present their projects to a group of potential buyers from various studios and production companies.

So far, 72 creators have passed through Imagine Impact. It’s a racially and geographically diverse group, which has included individuals from South Africa, Canada, Australia and Malaysia.

Already, several graduates of Imagine Impact have gone on to sell scripts or to sign with prominent Hollywood agents or managers. Last year, after attending the first iteration of the accelerator program, Zimbabwe-born Godwin Jabangwe sold his animated musical “Tunga” to Netflix Inc. Another alumnus, Justin Calen-Chenn, recently joined Universal Pictures to work on a yet-unnamed project.

Unlike many tech incubators and accelerators, the graduates of Imagine Impact don’t have to give up any equity to their hosts in exchange for the hospitality and advice. They come away fully owning and controlling the scripts they are hoping to sell.

Although Imagine Entertainment doesn’t take a direct cut of the products that emerge from the program, Grazer said his business benefits in other ways -- primarily, by exposing Grazer and his colleagues to a constantly refreshing pool of budding talent funneled in from around the globe. “To do anything great you’ve got to really trial-and-error, case-build it and proof it,” said Grazer. “All of which is embedded in our application process.”

Others in Hollywood are similarly testing out new ways of attracting and developing talent. The Black List, an online community of screenwriters, and Women in Film Los Angeles, an advocacy group, run a multiweek “episodic lab,” which provides instruction and mentorship for aspiring women television writers. Macro, a production company founded by producer Charles D. King -- whose feature “Fences” earned four Oscar nominations in 2017 and won best supporting actress for Viola Davis -- hosts an accelerator program for writers of color.

And not long ago, Stephen Love Jr., a graduate of Imagine Impact, teamed up with filmmaker Justin Polk and producer Mel Jones to form the Invisible Collective. Polk describes the Los Angeles-based production house as “an incubator of sorts” that finds “young talent and nurtures them to a place where they can get bigger jobs.”

A recent study by UCLA found that while audiences seem to prefer TV shows and movies with relatively diverse casts, women and minorities remain underrepresented both in front of and behind the camera. “Despite notable gains for the group since the previous report (particularly in television), people of color remain underrepresented on every industry employment front,” the authors wrote.

Executives at Imagine Impact acknowledge that the quest for a more egalitarian industry has a long way to go. They say they are planning to expand the accelerator program in the years ahead. “Our mission is to democratize access to the entertainment industry,” said Mitchell.