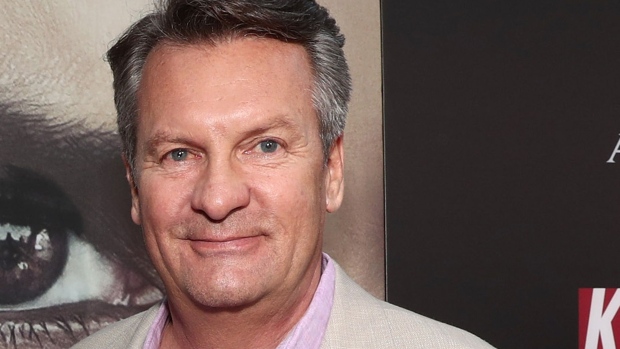 (Bloomberg) -- Hollywood producer William Sadleir will have to give up his 10,000-square-foot Beverly Hills mansion and other assets after admitting to scamming a BlackRock Inc. trust out of more than $30 million it had invested in his business.

The 67-year-old Sadleir pleaded guilty in New York on Wednesday to two counts of wire fraud and reached a forfeiture agreement with prosecutors, U.S. Attorney Damian Williams said in a statement on Thursday. Sadleir, who had been scheduled to go to trial next week, faces as much as 20 years in prison when he is sentenced May 10.

Sadleir is a founder and former owner of Aviron Group LLC, a production and distribution company. He was arrested in May 2020 and accused of diverting a large portion of the $75 million invested in Aviron by the BlackRock Multi-Sector Income Trust. He also was accused of using coronavirus relief funds for personal purposes.

“While the decision to plead guilty is always difficult, it was important for Mr. Sadleir to take responsibility for his behavior,” his lawyer, Matthew Schwartz, said in a statement. “Mr. Sadleir apologizes to everyone who has been hurt by his actions.”

According to prosecutors, Sadleir told the fund that some of the money had been invested in prepaid media credits with a unit of advertising agency GroupM Worldwide. But he’d actually sent $25 million to a fake company he had created, GroupM Media Services LLC, the government said.

He then used a “significant portion” of the money for himself, buying a seven-bedroom, 10-bathroom Beverly Hills mansion and making payments to Tesla Motors for a 2017 Model X and a private jet charter company.

As part of a plea deal with prosecutors, Sadleir agreed to forfeit at least $31.6 million, the Tesla and the mansion. The home, which has been featured in Architectural Digest several times, is on the market for $16.8 million, with amenities including a pool, a sauna, a steam room and a “man cave” that makes you feel as if you “went to heaven,” according to the listing on Zillow.

“William Sadleir used his talent for selling stories to con a New York investment fund out of over $30 million using a fake company, fake documents, and even a fake identity” as part of “a brazen plot that could be ripped from one of the films he distributed,” Williams said.

In email exchanges with a fund representative, Sadleir posed as a female employee of his fake company, assuring them that Aviron had about $27 million in pre-paid media credits, prosecutors said. He was also accused of forging the signatures of BlackRock personnel to authorize the release of collateral, worth around $3 million, that the trust had used to secure its Aviron investment by obtaining liens on intellectual property and other assets relating to the company’s films.

Sadleir was the chairman and chief executive officer of Aviron and oversaw its operations from about 2015 until December 2019, when he lost control of Aviron and its subsidiaries in December 2019 after defaulting on a BlackRock note.