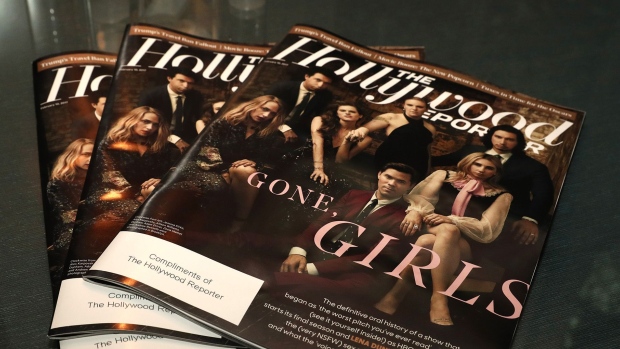 (Bloomberg) -- Hollywood’s longtime trade-publication rivals are uniting under one roof.

Penske Media Corp., which owns Variety and Rolling Stone, will run the Hollywood Reporter, Billboard and Vibe in a joint venture with their owner, MRC, Variety reported Wednesday.

Under the deal, whose terms weren’t disclosed, Penske and MRC will establish an entity called PMRC through which Penske will handle the daily operations of the entertainment and music brands. In another PMRC joint venture, MRC will use its production assets, including Dick Clark Productions, to develop new content based on PMRC stories and properties.

Variety and the Hollywood Reporter have faced off covering the entertainment business for decades. Variety got its start in New York in 1905 and launched a daily West Coast edition in 1933, which won fame for headlines like “Sticks Nix Hick Pix.” The Hollywood Reporter was founded in 1930. Both publications are now weekly magazines in print and operate extensively online.

Outside the PMRC ventures, Penske and MRC will operate separately, according to Variety.