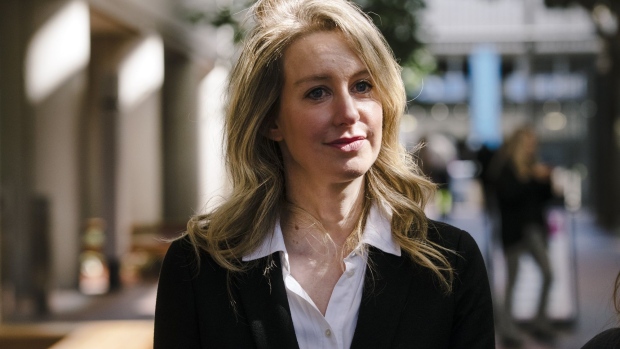 Holmes, who reigned briefly as the world’s youngest female self-made billionaire over her promise to revolutionize blood testing, has previously explored blaming advocacy journalism for the spectacular downfall of her Silicon Valley startup and pointing to a possible “mental disease or defect” to defend against charges that could send her to prison.

Now she’s trying to pick the government’s case apart by arguing certain pieces of evidence should be off limits. Her contention that jurors shouldn’t learn about her wealth, spending and lifestyle came in a flurry of evidence objections Friday night as her lawyers prepare for a high-stakes trial scheduled to start in March.

“That Ms. Holmes enjoyed a certain lifestyle -- one that is commensurate with the lifestyle of many other CEOs -- says nothing about whether Ms. Holmes committed fraud to obtain or maintain that lifestyle,” her lawyers wrote in the filing.

Read More: Theranos’ Holmes May Pursue ‘Mental Disease’ in Her DefenseProsecutors have indicated they will seek to introduce evidence of Holmes’ luxury travel and accommodations, a high-end SUV and assistants running errands, according to the filing. The government also wants to use her association with celebrities, dignitaries and other wealthy and powerful people as evidence that she had a financial incentive to commit fraud, according to the filing.Holmes and her former boyfriend, ex-Theranos president Ramesh “Sunny” Balwani, are accused of falsely claiming Theranos machines could perform myriad tests with a single drop of blood. Prosecutors allege they bilked investors out of hundreds of millions of dollars and deceived doctors and patients who trusted the results of the tests.