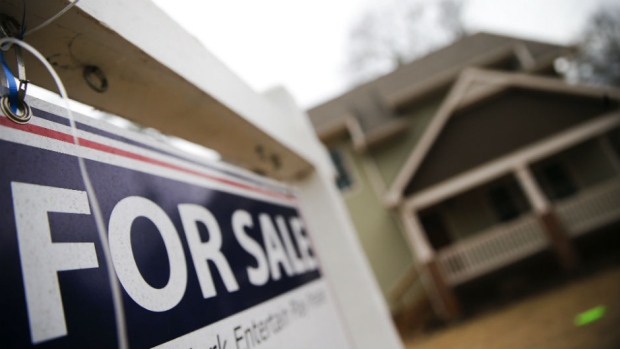 Home Capital Group Inc (HCG.TO), which is facing accusations of fraud, said on Tuesday a third party intends to buy up to $1.5 billion worth of its mortgages, sending the shares up as much as 28 percent.

“This is not a surprise in my opinion," Som Seif, CEO at Purpose Investments, told BNN in an interview. "This is a way for them to survive.” Home Capital has become the rare Canadian financial institution to face a run on its savings deposits. The Ontario securities regulator has accused its top executives of hiding mortgage broker fraud from investors.

"This is another step forward in the company's efforts to restore confidence in our operations," Board Chair Brenda Eprile said of the deal.

"It gives them breathing room," said Norman Levine, managing director at Portfolio Management Corp, which oversees $625 million but does not hold the stock. "They can still originate mortgages and make money doing that, but that they don't need the same amount of capital."

Depositors have withdrawn most of the cash from Home Capital's high-interest savings accounts, with the company expecting just $146 million to remain after the settlement of Monday's transactions.

Deposits were around $1.4 billion on April 24. The company said $591 million was withdrawn between March 29 and April 24.

The Ontario Securities Commission detailed its allegations against the company's executives on April 19, and the company agreed to a high-interest credit line on April 27.

Home Capital said it intends to pay back all of its $325 million in outstanding notes maturing on May 24. It also said it is seeking lower-cost funding options.

The lender said it will continue to offer mortgages in most of its product categories, but at lower volumes. The company also plans to tighten lending criteria and reduce some broker incentive programs.

On Monday, the company named three well-regarded Bay Street professionals to its new board and a new chairwoman as it continued to overhaul management.

Canadian banks have enjoyed a stellar reputation and dodged the global financial crisis by avoiding risky mortgages that sparked the collapse of many U.S. financial institutions. 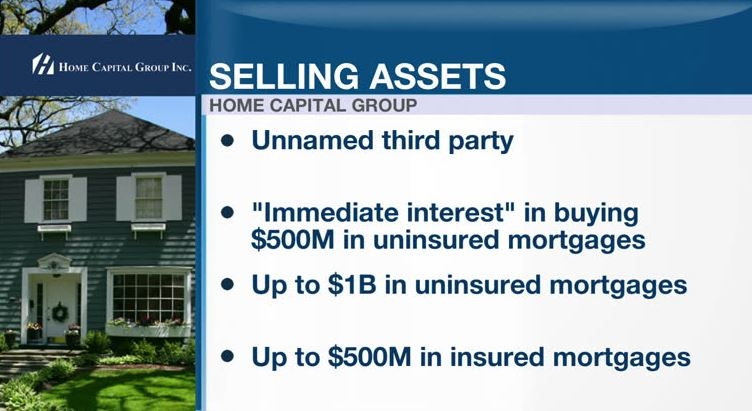