Home Depot Inc. rebounded from a string of disappointing results with profit in the fourth quarter that topped analysts’ projections as the U.S. housing market heated up. The shares gained the most in six months.

Earnings per share amounted to US$2.28 in the period that ended Feb. 2, the company said Tuesday, exceeding the average estimate by 17 cents. The home-improvement retailer also raised its forecast for same-store sales this year -- a key measure of performance -- to as much as four per cent after cutting it to 3.5 per cent three months ago.

The report brought relief to investors, who sent the stock reeling in November after Home Depot trimmed its outlook. The shortened holiday season and abnormally warm temperatures took a toll on many retailers and some analysts had expressed concern that the company’s investments in speeding up its supply chain and improving e-commerce would hurt earnings in the near term. 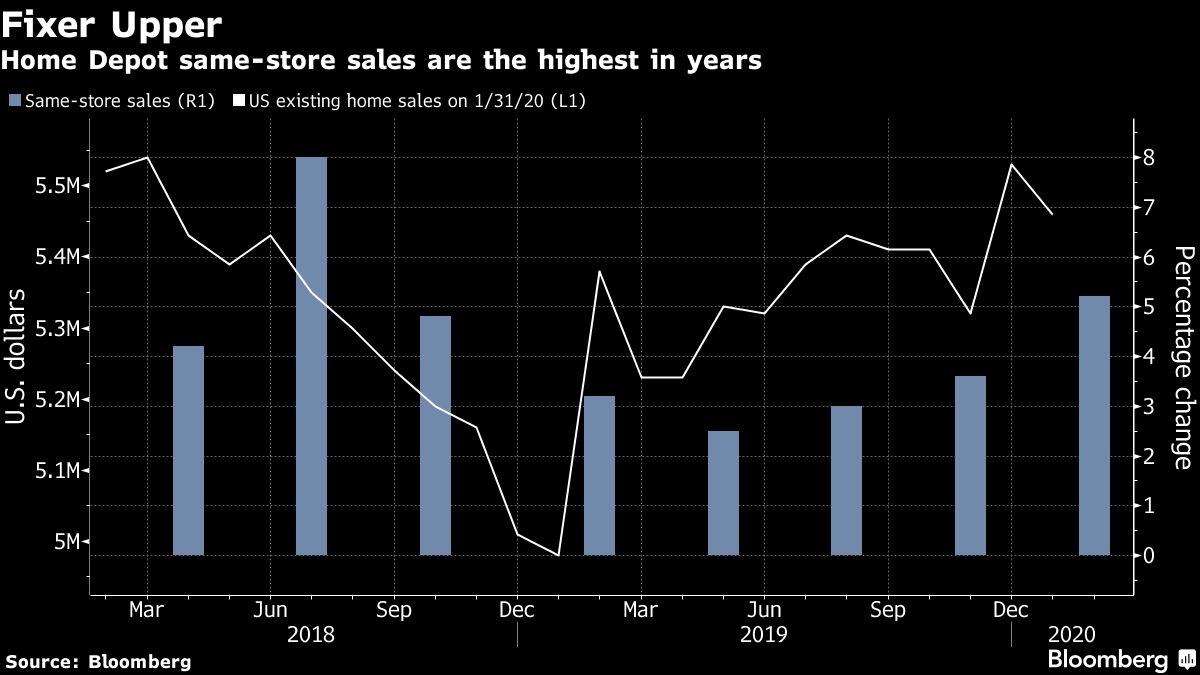 “Home Depot posted a very solid fourth quarter to end what has been an extraordinarily noisy 2019, especially in light of the challenges that have hampered other retailers,” said Scot Ciccarelli, an analyst at RBC Capital Markets. But he said he wasn’t surprised that Home Depot topped estimates in the period after it issued a “fairly conservative” outlook last fall.

The shares rose as much as three per cent to US$246.97 in New York Tuesday, the biggest intraday gain since August. The stock had already advanced 9.8 per cent this year through Monday’s close

The chain’s shares have been recovering as the U.S. housing market strengthened, thanks to lower borrowing costs bringing a flood of buyers. That boosted home prices, which is the metric Home Depot cares most about because when home owners see their property as more of an investment, they increase renovations.

Ciccarelli, who rates the shares the equivalent of a buy, said Home Depot will continue to capitalize on the strength in the housing market and its investments in technology and its supply chain.