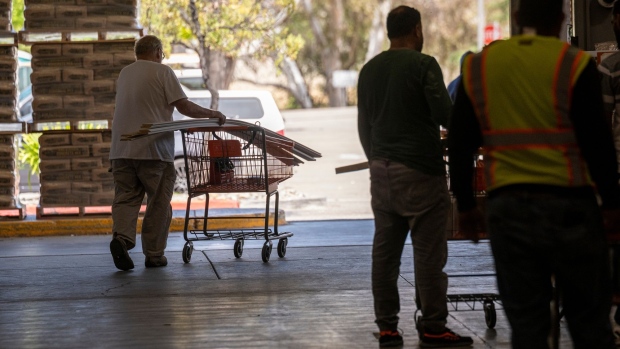 A customer exits a Home Depot store in Livermore, California, US, on Thursday, May 12, 2022. Home Depot Inc. is scheduled to release earnings figures on May 17. , Bloomberg

(Bloomberg) -- Home Depot Inc. shareholders voted in favor of proposals calling for an independent racial audit and a report on the company’s links to deforestation in its wood sourcing, adding to the wave of companies facing investor pressure on environmental, social and governance issues.

The racial-equity resolution calls for directors to authorize an independent audit into the effectiveness of the retailer’s practices related to stakeholders who are Black, Indigenous or people of color, and to minority communities. The resolution flagged an incident in which an employee at one of Home Depot’s Minneapolis stores was suspended when he refused to remove a Black Lives Matter logo from his uniform.

The vote represents a win for socially conscious investors as ESG proxy proposals become more common. This year, there have been 36 racial-equity proxy proposals up for a vote among Russell 3000 companies, according to Rob Du Boff, a senior ESG analyst at Bloomberg Intelligence. Including the one at Home Depot, six have passed. By contrast, there were 14 such resolutions last year and none passed, he said, though a couple of companies complied voluntarily anyway.

Employees and investors are increasingly urging executives to take stances on social issues, with companies facing a record number of environmental and social-justice proposals at shareholder meetings. The moves also force companies to wade into potentially fraught political waters as conservatives are starting to go after ESG investors for pushing what they see as left-wing overreach and “corporate cancel culture.”

“While the company is taking some constructive steps to address the issue of racial inequality and injustice, it has some related controversies related to its policies and practices,” ISS said in its recommendation. “A third-party racial-equity audit could help shareholders assess the effectiveness of Home Depot’s efforts to address the adverse impacts of its policies and practices on non-White stakeholders and communities of color and its management of related risks.”

Also on the agenda at the annual meeting was a resolution that asks the retailer to produce a report that assesses if, and how, it could boost efforts to eliminate deforestation from its supply chains.

Home Depot’s board recommended that shareholders vote against both proposals.

Competitor Lowe’s Cos. in March headed off a shareholder vote on a a similar resolution by agreeing to take a look at its forest footprint.