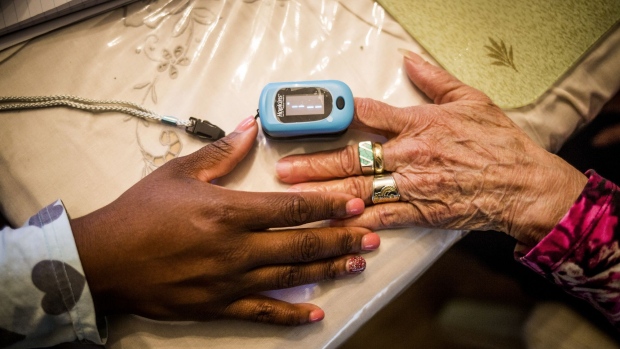 (Bloomberg Law) -- More than half of the nation’s nearly 12,000 home health agencies would operate at a deficit if the Biden administration implements a proposed—and permanent—7.7% cut of $1.33 billion in Medicare reimbursements next year, a top industry official says.

And if the Centers for Medicare & Medicaid Services also tries next year to recover all of $2 billion in apparent overpayments made to home health agencies in 2020 and 2021, “it would nearly double the effect” of the proposed cut to about 15%, said William Dombi, president of the National Association for Home Care & Hospice.

Even if the proposed $2 billion clawback was deferred over several years beginning in 2023, it would likely only reduce next year’s proposed rate cut to about 13%, Dombi added.

Any of these scenarios could put the home health industry in jeopardy, Dombi said. But they would also hurt access to care and the level of care provided to the estimated 3 million-plus Medicare beneficiaries who depend on the services, he said.

Federal budget neutrality requirements are prompting the proposed cuts. However, Medicare historically has overpaid for home health services, which limits the cuts’ cost-saving impact on the program.

The NAHC wants the CMS to pay the current rate next year and engage with industry leaders who believe the agency uses flawed methodology to calculate payment rates.

If those efforts fail, the industry is looking for relief from Congress, where the Preserving Access to Home Health Act of 2022 has been introduced in the House (H.R. 8581) and Senate (S. 4605) with bipartisan backing. The measure would delay the payment cut and the $2 billion recovery efforts to allow for more negotiations between the CMS and the home health operators.

The CMS is now pouring through hundreds of public comments from industry stakeholders who also want to scrap the pay cut proposal. A final rule will come later this year.

A memorandum by the King & Spalding law firm on behalf of the Partnership for Quality Home Healthcare says the proposed payment rule includes three violations of the Administrative Procedure Act, which governs the way federal agencies create and issue regulations.

“The Secretary’s proposal conflicts with the statute it purports to implement, is arbitrary and capricious, and ignores notice-and-comment requirements. The proposed rule will thus be vulnerable to an APA challenge in court,” said the document, which is part of the partnership’s comment letter.

Joanne Cunningham, CEO of the partnership, said she wants the CMS to withdraw the pay cut proposal and abandon plans to recoup the $2 billion.

She said the legal analysis was needed to get “an outside opinion” on whether the CMS interpretation of budget neutrality was “outside the purview of their authority. And it certainly, based on the analysis of King & Spalding, appears that others agree with us that there are, and should be, concerns about how CMS approached this.”

But a prominent congressional advisory panel is urging the agency to stay the course.

In its public comments, the Medicare Payment Advisory Commission said it “strongly supports” the cut to lower health-care spending, adding that “Medicare has long overpaid for home health care, and lower payments would better align payments with costs.”

The commission called for reducing payments to recover the $2 billion as soon as possible to “forestall the need for larger reductions” in future years.

“CMS could consider collecting the funds over several years, for example by implementing an annual reduction of $502.5 million per year for 2023 through 2026,” the commission letter said. The CMS has not determined how or when it will implement a payment adjustment to recover the payments.

While home health care is far less costly than institutional care, Medicare has historically overpaid for the services, which limits its cost-saving impact on the program. Medicare profit margins for freestanding home health agencies “averaged more than 15% from 2001 to 2020, and these overpayments do not help beneficiaries or the program,” the commission wrote.

Traditional Medicare spent $17.1 billion on home health-care services for beneficiaries who were homebound and needed skilled nursing care or therapy in 2020, according to the commission. Nearly 11,500 home health agencies were Medicare-certified that year.

The nearly 7.7% “permanent behavior assumption adjustment” in the proposed Home Health Prospective Payment System rule (RIN: 0938-AU77) would permanently lower Medicare payments on the “assumption” that home health agencies will alter their billing and coding activity to maximize reimbursements under the Patient-Driven Groupings Model (PDGM), a new payment system that Medicare implemented in 2020.

The PDGM sets Medicare payments based on patients’ clinical characteristics—like the type and severity of ailment—rather than the volume of care provided. It’s part of Medicare’s move to value-based care, a concept that’s replacing traditional fee-for-service payments by creating greater incentives for providers to control costs and improve patient outcomes

The PDGM resulted from the Bipartisan Budget Act of 2018, which required the CMS to develop a payment system in which the number of therapy visits weren’t used as a factor in determining home health payments.

The budget act also required the new payment system to be budget-neutral and that Medicare home health expenditures from 2020 to 2026 be the same as they would have been under the old payment system. The CMS estimates that it would have spent $2 billion less in 2020 and 2021 than was paid out under the PDGM system—which suggests that spending in both years exceeded amounts required under the BBA.

The CMS has said a proposed 2.9% rate increase of $560 million next year, and other adjustments, would help offset the 7.7% cut and result in a net decrease in the Medicare base rate of 5% next year.

That’s consistent with the 5% reduction that MedPAC recommended in its March 2022 report to the Congress.

To contact the reporter on this story: Tony Pugh in Washington at tpugh@bloomberglaw.com

To contact the editor responsible for this story: Brent Bierman at bbierman@bloomberglaw.com