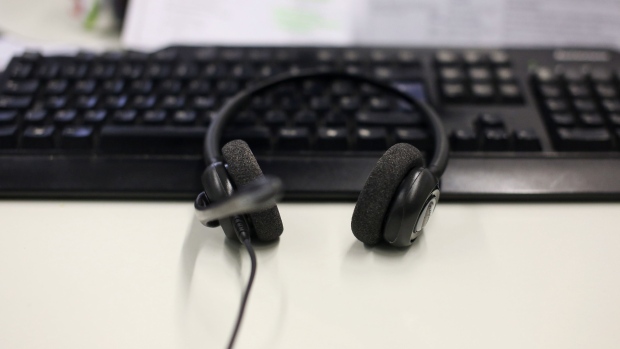 (Bloomberg) -- The coronavirus pandemic is spurring purchases of computer monitors, keyboards and webcams as millions of workers are forced to turn dining tables, spare rooms and other domestic space into home offices.

Many of the world’s largest companies have told employees to work from home, and several areas are imposing stricter limitations on movement. That’s causing people to rush out and buy items they’re used to having at the office.

Michael Thompson, an account executive at startup Human Interest, was in an Office Depot in Silicon Valley on Sunday morning trying to buy a monitor. His company is letting employees expense up to $100 for this home-office equipment. He asked a salesman about 27-inch models, but they were sold out.”I’ll just go to Best Buy,” Thompson said.”Best Buy is sold out and they’re sending people here,” the salesman replied. Thompson ending up getting a 24-inch monitor made by Acer Inc. for $99 -- one of six monitors available for sale in the store at the time.

Demand from Thompson and other workers is a rare bright spot for the technology industry as it faces a slump in economic activity and supply-chain disruptions from the pandemic. About 14% of people planning to work from home are buying new tech equipment, according to an online survey with more than 3,000 respondents by CivicScience on Monday.

“Logitech is one of the best-positioned companies in the face of a global pandemic, as its products enhanced a person’s ability to be both entertained and productive at home,” Wedbush Securities analysts wrote in a recent note to investors. “As more people choose to or are encouraged to work from home, we expect demand to surge for Logitech’s Creativity & Productivity products, along with Video Collaboration.”

Logitech shares edged higher in Swiss trading on Monday, while most European stocks slumped on concern about the pandemic. On Tuesday, Logitech jumped 3.4%.

HP said on Tuesday that demand for its products “is holding” and its factories are “steadily coming online.” The company is monitoring customer needs as circumstances change, it said in a statement.

The Office Depot on Geary Boulevard in San Francisco was mostly sold out of monitors on Saturday. “It’s just like toilet paper and hand sanitizer,” said a salesman.

Some of the top product searches on Amazon.com Inc. last week were for hand sanitizer and other products to prevent the spread of the virus, but webcams and monitors are shooting up the rankings now, according to analysis by Marketplace Pulse.“Computer monitor” rose 410 spots and “webcam” shot up 1,297 places on the list of most widely used search terms, according to the market researcher. Docking stations from Dell and Microsoft, which connect laptops to monitors and other tech gear, have also risen the ranks of best-sellers in Amazon’s electronics categories.

The personal computers at the center of all this new gadgetry are mostly being brought home from workers’ offices. That will likely limit any PC sales bump. Many people already have laptops at home, too.“Most large organizations provide knowledge workers with company laptops regardless of location,” said Mikako Kitagawa, an analyst at research firm Gartner.Before the virus outbreak caught hold in Europe and the U.S., IDC analyst Jitesh Ubrani was estimating that PC shipments would drop 8.4% in the first quarter.“I don’t think it’s enough to turn the PC market around,” he said.

--With assistance from Tom Giles, Anne Cronin and Ryan Vlastelica.

To contact the editors responsible for this story: Alistair Barr at abarr18@bloomberg.net, Andrew Pollack