U.S. home prices soared the most in 15 years, with low mortgage rates and a scant inventory of properties to buy fueling a tight housing market.

Nationally, the S&P CoreLogic Case-Shiller index of property values climbed 12 per cent in February from a year earlier, the biggest jump since 2006. That followed an 11.2 per cent gain in January. 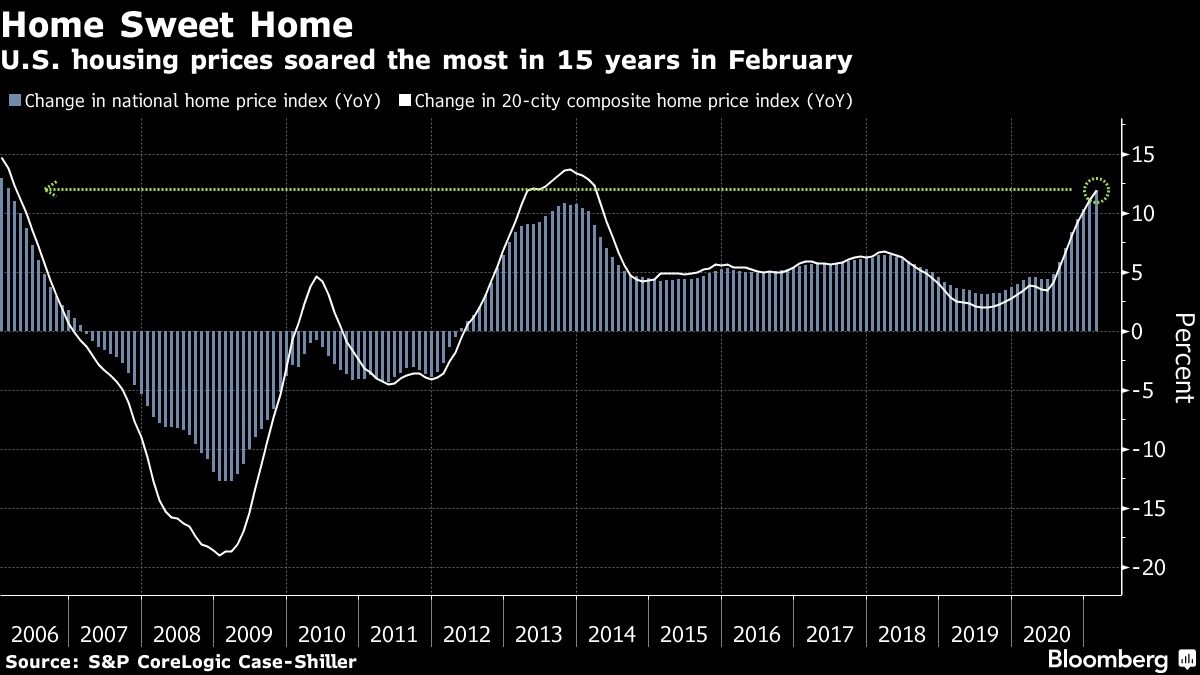 Home prices in 20 U.S. cities jumped 11.9 per cent, meanwhile, beating the median estimate of 11.8 per cent in a Bloomberg survey of economists.

Historically low mortgage rates have been at the center of the pandemic housing rally, increasing buying power as Americans look to upgrade their properties. With inventory tight, prices have jumped to record highs.

Phoenix, San Diego and Seattle reported the biggest year-over-year gains among the 20 cities in February.