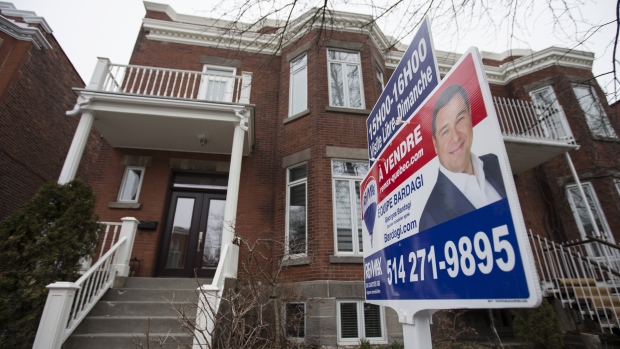 Canadian home sales declined for a second month in October led by weakness in the country’s largest cities, a realtor group said.

The number of transactions fell by 1.6 per cent from September, the Canadian Real Estate Association reported Thursday. Sales fell by 2.9 per cent in Montreal and by 1.1 per cent in Toronto.

-The figures are consistent with continued softness in the country’s resale markets as buyers cope with higher interest rates and tighter mortgage qualification rules, particularly in the pricey Toronto and Vancouver real estate sectors

-A benchmark index of prices in Canada declined for a fifth month, down 0.1 per cent, and has fallen 1.4 per cent over that time. Prices in Vancouver are down 3.8 per cent since the summer and little changed in Toronto. Overall, prices are still up 2.3 per cent from a year ago

-Housing markets also continue to sag in Alberta, a region that has borne the brunt of depressed oil prices. There are more signs of strength east of Toronto, with both Ottawa and Montreal posting solid price gains over the past six months

-The average home price fell 1.5 per cent from a year earlier

-Home sales declined 3.7 per cent from a year ago, CREA said