Honda Motor Co. has become the first of Japan’s automakers to state publicly it will phase out sales of gasoline-powered cars completely, setting 2040 as the goal and giving newly minted Chief Executive Officer Toshihiro Mibe a once-in-a-career chance to put his stamp on a firm that can trace its lineage back 84 years. 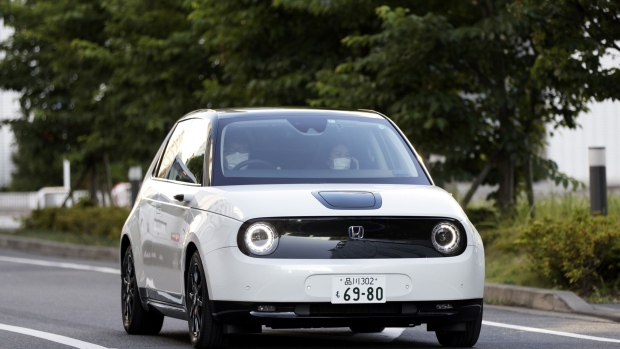 “It’s a very bold target,” said Yachiyo Tanaka, an analyst at automotive research company Fourin. “Honda has pledged to pull ahead of other automakers by introducing the latest technologies.”

The spoils, if Mibe can pull it off, are significant. Prime Minister Yoshihide Suga has pledged to achieve carbon neutrality by 2050 and firms with a first-mover advantage may capture market share. EV penetration in the nation is one per cent, well down on China, the world’s biggest market for electric cars, at around six per cent.

But it’s a bet that stretches beyond Japan’s borders, too. Global sales of passenger EVs are set to rise sharply, jumping to 14 million in 2025 from 3.1 million in 2020, according to BloombergNEF. Honda, which gets about 56 per cent of its revenue from North America and around one-quarter from Asia ex Japan, has already begun aligning itself with powerful carmakers overseas, last year striking a pact to use General Motors Co.’s battery technology. 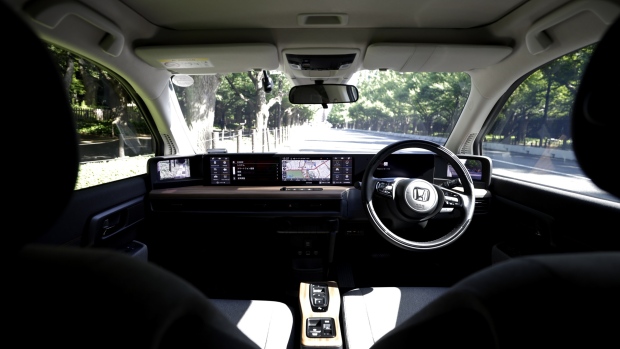 .While motorcycles only represent around 14 per cent of Honda’s total revenue, their sales volumes are much greater. Honda is selling around 15 million two-wheelers a year versus around 4.5 million cars. Pit that against BNEF forecasts for electric two-wheeler sales of 78 million in 2040 from 27 million in 2020 and it’s not hard to see the appeal.

Honda “won’t hesitate” to form alliances if necessary, Mibe, who took the reins on April 1, said at his inaugural press conference that month. He added he thinks the Japanese government’s target is reasonable. 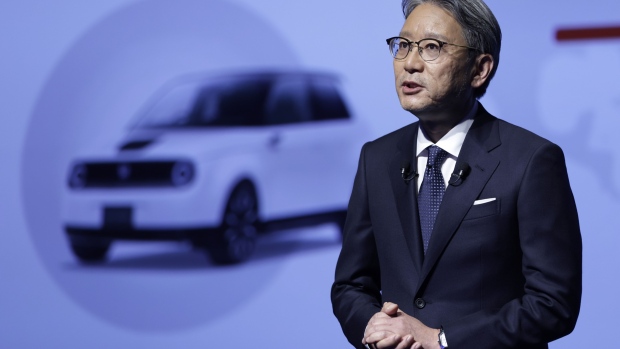 “We can’t postpone making an effort and then expect to reach the target at the last minute,” said Mibe, 59, although he did note that selling only zero-emission vehicles by 2040 will “be an uphill struggle.”

Honda declined to make Mibe available for an interview.

Critics of Honda’s strategy wonder whether the goal is realistic. Bigger players like Ford Motor Co. aren’t expecting to be 100 per cent carbon neutral until 2050 while Toyota Motor Corp. sees hybrids playing a much more important role. It’s a short-term tactic to grab stakeholder attention as the focus around environmental, social and corporate governance picks up, said Takeshi Miyao, an analyst at Carnorama.

For Honda to position itself in the market it had to say something different from Toyota, he said. “Honda had no choice but to unveil a plan that’s almost opposite to appeal to investors. It’s no use saying the same thing,” Miyao said. 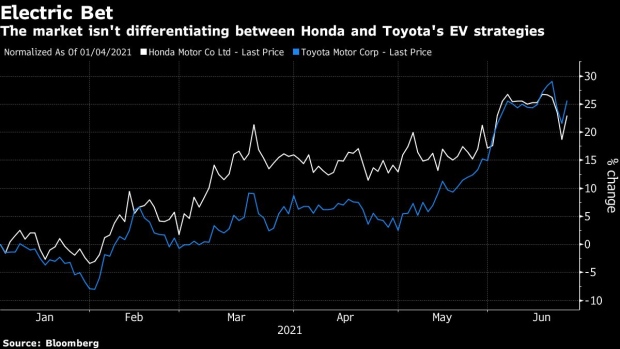 Honda’s decision to end its long history with gasoline-powered engines is a marked shift.

The pledge also comes after former CEO Takahiro Hachigo embarked on a cost-cutting exercise amid falling profits at Honda’s car unit, shutting factories, slashing models and scrapping the company’s participation in the Formula One World Championship at the end of the 2021 season, leaving fans dismayed.

Honda became involved in Formula One more than half a century ago, competing as an entrant, constructor and engine supplier and scoring multiple championships in the world’s most watched motor-sport competition.

“I’d never imagined Honda would say farewell to engines because that’s how Honda has succeeded up until now,” one person tweeted. “I thought F1 was Honda’s DNA, so it’s sad hearing about its withdrawal.”

Mibe said at Honda’s annual shareholder meeting on Wednesday that the carmaker may consider involvement in an auto race again “after we win the race for carbon neutrality.”

The split was bittersweet for engineers within Honda, too. It can be harder to differentiate electric cars in the market, which is a concern for those across the auto industry, one said. Another, who also declined to be identified because they’re not authorized to speak publicly, said while the all-electric goal may be challenging, at least Mibe has laid out a clear strategy and the general feeling inside the company is one of positivity.

“It was a statement that only the CEO could make” and inevitable considering the way the world is going, said Tomiji Sugimoto, a former Honda engineer who now heads an automotive consultancy. But the goal is persuasive because Mibe himself is an engineer by training, said Sugimoto, who retired from Honda in 2016 after a 39-year career and knew Mibe personally.

Mibe isn’t one to shy away from a challenge. A 34-year veteran of the automaker, he’s spent vast chunks of his time running R&D efforts at the company, focused on striking the tricky balance between innovation and commercialization. In April 2020, he also became the executive in charge of Monozukuri, a Japanese word that literally means the making of things.

Honda’s electric push boils down to “how fast we can make the EV business profitable,” he said when fronting the press earlier this year. “Companies that do it fast will survive.”