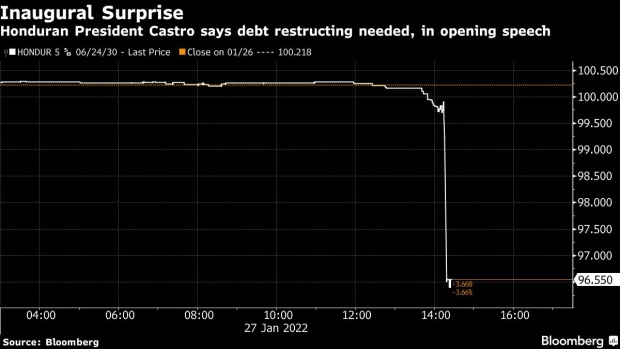 Xiomara Castro made the remarks Thursday during her inaugural speech, in her first hour as the country’s leader.

“It’s evident that the state doesn’t have the capacity to sustain the thunderous and suffocating debt that we are inheriting,” Castro said. “It’s practically impossible to meet debt maturities. The only way is a process of comprehensive restructuring through an agreement with public and private creditors.”

She said internal and external debt have exploded under the governments that held power over the last 12 years. Half of the national budget is spent on interest payments, she said.