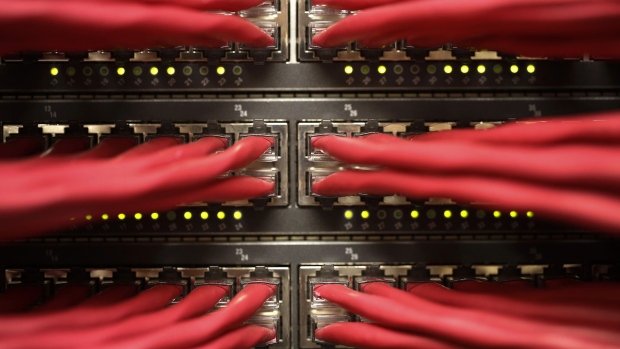 (Bloomberg) -- Quantinuum, the quantum computing unit recently spun off from Honeywell International Inc., is offering the world’s first commercial product created solely by a quantum computer, opening the door to what the company sees as a $1 trillion potential long-term market for quantum services.

The quantum computing-generated offering is for encryption keys that Quantinuum says are uniquely random and can’t be predicted, a milestone in using cutting-edge computing for a practical business problem, Tony Uttley, the company’s president, said in an interview. Traditional computers already generate encrypted keys -- but Quantinuum says it takes security a step further with vastly improved randomly generated keys that are essentially impervious to hacking by conventional computers.

He said the offering is “as far as we’re aware, the first product actually derived from the use of a quantum computer that does something that is meaningfully relevant to businesses around the world.” Uttley is the scientist who led Honeywell’s decade-long effort to build a quantum computer.

Alphabet Inc.’s Google, International Business Machines Corp. and scores of startups are rushing to build quantum computers to tap into physics that Albert Einstein once deemed “spooky action at a distance.” Current generation machines are clunky, error-prone, require extremely low temperatures and have few bits -- the units used by computers to process information -- on which to write code. They are, however, starting to show the technology’s promise.

Google gave the industry a shot in the arm in 2019 when it made a calculation with its quantum machine that the company said would take a conventional computer many years to perform.

Quantinuum said the generation of random keys is a solution that’s relatively easy for these new devices because it taps into the essence of quantum physics in which a particle can be in multiple states at one time. Once the particle is measured, though, it collapses into one, random value and loses its quantum properties.

The other aspect of quantum computing that makes it a good fit for deriving random keys is entanglement. That term describes a characteristic of quantum physics in which particles connect with each other at a distance and take on the same properties. This phenomenon can’t be replicated by a classical computer, which are limited by electric currents being switched to either on or off.

Quantinuum only needs three high-fidelity quantum bits, or qubits, to create a pool of random numbers and symbols from which the keys are made. The quantum-derived keys can be used in standard cryptography systems, said Uttley, whose company is announcing the product on the opening day of an annual industry-wide Q2B conference.

Honeywell, which owns 54% of Quantinuum, has said the business will generate sales of about $2 billion by 2027.