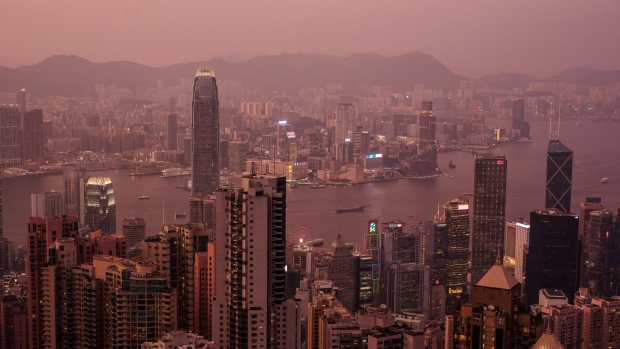 Buildings are seen from Victoria Peak at dusk in Hong Kong, China, on Wednesday, Aug. 28, 2019. Hong Kong's hotel industry is struggling with a collapse in bookings after thousands of protesters shut down flights from the territory's airport in an escalation of months of clashes with police. , Bloomberg

Hong Kong revised down its estimate for economic growth this year as political unrest grips the city, with the government now forecasting the first annual contraction since the global financial crisis a decade ago.

The grim outlook brings the official view of the economy in line with what’s visible in Hong Kong’s streets, with shopping malls, restaurants and stores shuttered or on shorter hours in many districts amid unpredictable and often violent protests against the government. 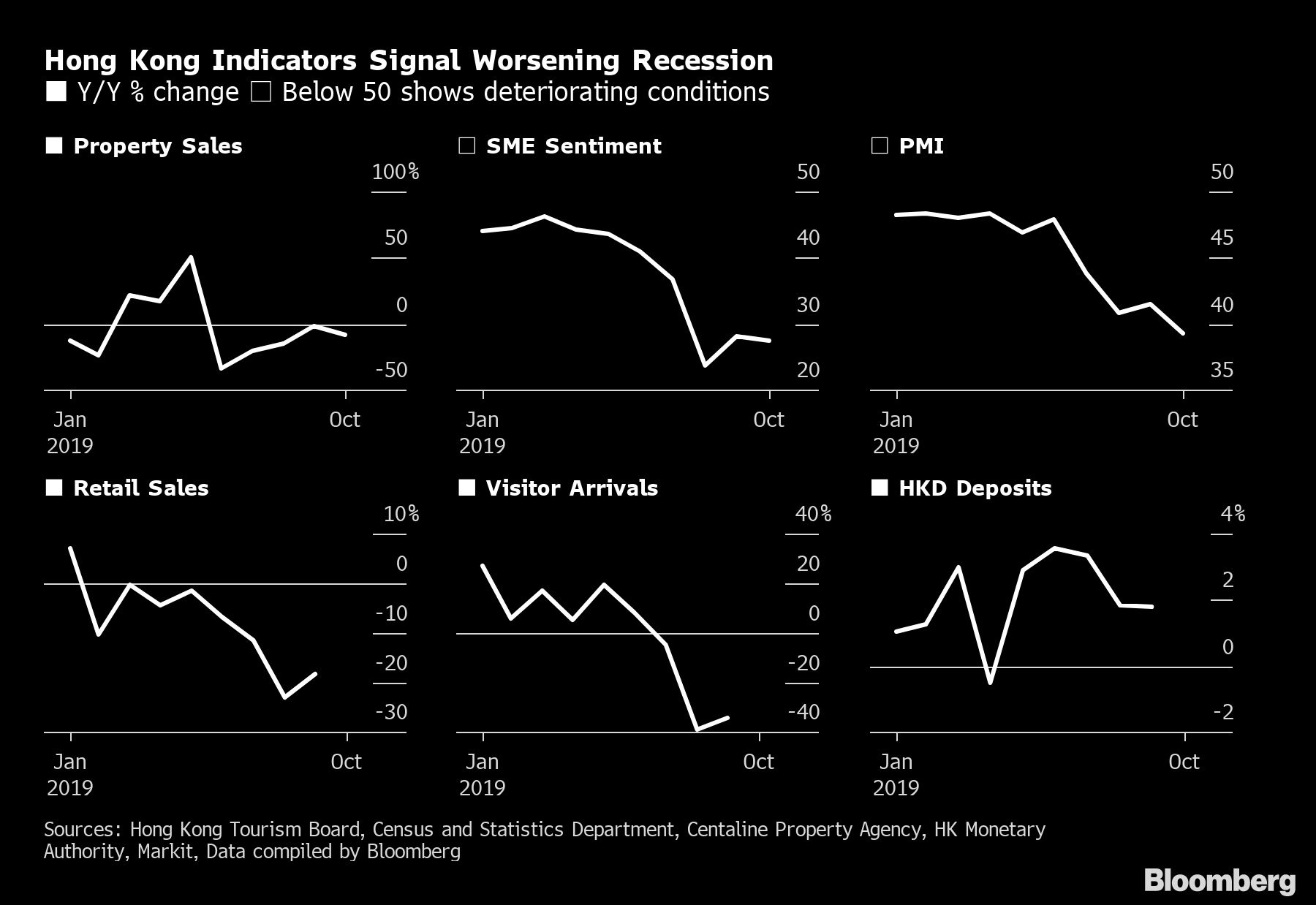 “The Hong Kong economy saw an abrupt deterioration in the third quarter of 2019, as the local social incidents dealt a very severe blow to an economy already weakened by a synchronized global economic slowdown and US-Mainland trade tensions,” the government said in a statement. “As the impacts of the local social incidents have yet to show signs of abating, consumption and investment demand will likely remain in the doldrums for the rest of the year.”

Hong Kong protesters began gathering and blocking roads in the Central financial district and other parts of the city on Friday, ending a work week in which Asia’s premier financial hub has been paralyzed.

The government cited a nosedive in private consumption activity as well as a sharp decline in investment expenditure as contributing to the slump. Net exports also contracted from a year earlier due to the worsening global outlook.

The forecast for full-year consumer price inflation was revised upward to 2.9 per cent, with officials citing the pork supply crisis in mainland China as a contributing factor.

While the unemployment rate remains low at 2.9  per cent, the government said that the reading for consumption-related sectors, hardest hit by the protests, showed “visible increases.”

Since the start of protests in June, Financial Secretary Paul Chan has announced stimulus worth about HK$21 billion ($2.7 billion), an amount that economists say falls short.

“The Hong Kong government has missed the boat on fiscal stimulus to provide much needed support to the economy,” Alicia Garcia Herrero, chief Asia economist at Natixis in Hong Kong wrote in a note after the data. “The stimulus announced so far only accounts for 0.7  per cent of GDP, which is highly disproportionate to the current difficult time.”

Early readings for the fourth quarter suggest worsening damage to the economy. A purchasing managers’ index slumped to a fresh record low, while small-business confidence and property transactions also edged down.