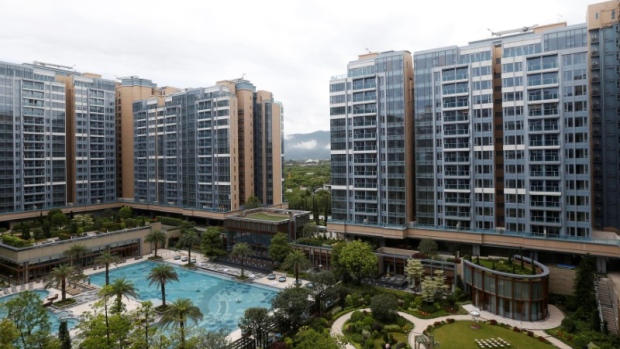 HONG KONG - Hong Kong's red-hot home prices extended their record-breaking run in June, although the pace of growth slowed, underscoring the challenges the city's new leader faces in reining in prices in one of the world's most expensive property markets.

An apartment of less than 200 square feet can cost as much as $500,000 in the former British colony, making the prospect of owning a home a distant dream for many residents.

Hong Kong's home prices edged up 0.69 per cent in June from May, the smallest rise since December last year, according to data released by the Rating and Valuation Department on Monday. From a year earlier, prices surged 21.6 per cent.

The record prices come even as Hong Kong announced an eighth round of mortgage tightening measures in May to help restrain sky-rocketing prices. Analysts say these curbs could push more people to non-bank lenders, many of them the financing arms of developers.

Hong Kong's new leader, Carrie Lam, who was sworn in on July 1 has pledged to make home prices more affordable. Prices rose 9.3 per cent from January to June this year.

"Housing and other issues that affect the daily life of the people have become more serious," Xi said in a speech on the 20th anniversary of Hong Kong's return to Chinese rule.

Income inequality is at its highest level in over four decades in Hong Kong, stoking discontent in the city that has been rocked by large-scale protests in recent years over calls for more affordable housing as well as democracy.

The number of private flats coming to market in the next three to four years will rise to 98,000 units, according to the Transport and Housing Bureau, a record high since these estimates were available 13 years ago.

But the government's tightening measures, such as high stamp duties and lower loan-to-value ratios, have effectively stifled sales in the secondary market, consultancy JLL said in a report.

It expects housing prices, buoyed by strong local demand and tight supply, to rise 15 per cent in the coming 30 months.

Senior director at property consultancy Knight Frank, Thomas Lam, said he expects prices to edge up for the rest of the year, but at a slower pace of just 2-3 percent, as some purchasing power had already been absorbed over the past 10 months or so.

"If the rising trend continues, the new administration can be expected to impose more tightening measures," Lam said.

Ronnie Chan, chairman of one of Hong Kong's largest developers Hang Lung Properties, told a news conference last week he believes the government will do its best to supply more land, but he expects prices to keep rising.

"When more land is available for sale, property prices will naturally fall," Chan said. "But of course, I'm afraid this won't happen in the coming year or half a year."