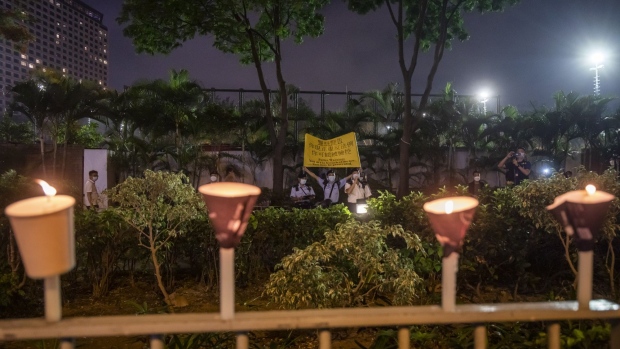 After decades organizing peaceful candlelight memorials to remember the people who were killed during the 1989 protests, the Hong Kong Alliance in Support of Patriotic Democratic Movements of China voted 41 to 4 to disband, local papers including Ming Pao reported. The emergency meeting was called after the group refused to comply with a police request last month to turn over information on its membership and finances.

The group’s leadership was divided in the weeks before the vote. Last week, Chairman Lee Cheuk-yan and his deputy Albert Ho urged members to choose to disband in letters published on the alliance’s official Facebook page. On Thursday, however, a message posted on another leader’s Facebook site asked voters to “oppose the dissolution motion and give the alliance a chance to continue.”

“Dissolution in the legal sense may be inevitable in the end, but dissolution on its own would immediately and irreversibly deprive the alliance of its voice, and cut off any possibility of continuing the struggle in the name of the alliance,” read the post on Chow Hang Tung’s page.

The alliance, along with Lee, Ho and Chow, has been charged with inciting subversion under the city’s security law. Five committee members, including Chow, were charged with failing to comply with a notice from national security officials to provide information.

A slew of pro-democracy organizations have closed since Beijing imposed the security law on Hong Kong last June, after mass anti-government protests destabilized the financial hub in 2019.

The Hong Kong Professional Teachers’ Union, which represented nearly 100,000 educators, the Civil Human Rights Front, which organized pro-democracy marches that drew almost two million people in 2019, and the prisoners’ rights group Wall-Fare have all folded in the past six weeks. The Hong Kong Confederation of Trade Unions, the city’s largest pro-democracy labor organization, announced last Sunday it would begin disbanding, after pro-Beijing media outlets accused it of being an agent for foreign entities.

The Alliance was founded in May 1989, just before the June 4 Tiananmen crackdown in Beijing, and quickly pivoted the group’s mission to commemorating the event. It advocated the end of one-party rule in China, and its annual vigils had become an enduring symbol of Hong Kong’s tolerance of political dissent.

The Hong Kong Liaison Office, Beijing’s main body overseeing the city, said in a statement earlier this month that the alliance was acting illegally and nearing an end. It warned: “Any organization that is anti-China and disrupting Hong Kong will fall, and history will prove it.”