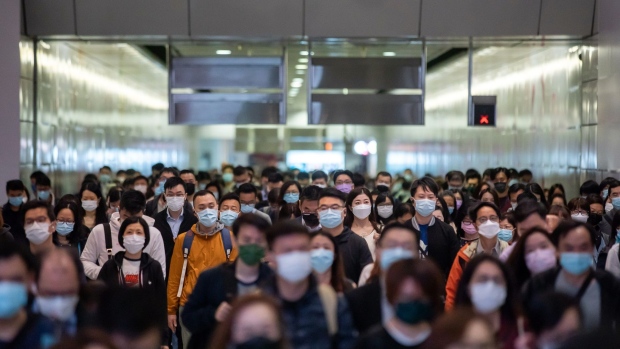 Commuters in Central district in Hong Kong, China, on Thursday, Jan. 27, 2022. Hong Kong’s economic performance in the fourth quarter may provide little consolation as the city struggles to bring the omicron wave under control, putting pressure on the government to dole out more stimulus for hard-hit sectors like retail. Photographer: Paul Yeung/Bloomberg , Bloomberg

The city recorded 5,148 local infections and 160 imported cases, health authorities said at a presser. There were three new virus-related deaths. Eight Covid patients remained in critical condition, including a five-year-old girl, and eight were serious, according to the officials.

The latest daily case count was the highest since April 1.