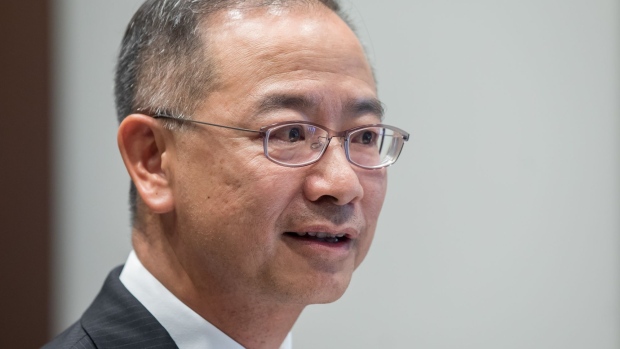 Eddie Yue, chief executive of the Hong Kong Monetary Authority, was granted 7-day home quarantine and 14-day medical surveillance instead of staying in a designated hotel after visiting Europe this month. The head of the city’s de facto central bank, and his administrative assistant, accessed the government’s quarantine arrangements for public officers carrying out official duties, an HKMA spokesperson said in a statement.

Separately, Secretary for Commerce and Economic Development Bureau Edward Yau was also exempted following his trip to Thailand for the Asia-Pacific Economic Cooperation meeting, his spokesperson said in an email.

While Hong Kong has taken steps to ease some of the world’s strictest pandemic travel rules since April as Covid cases dropped, almost all travelers have to spend at least a week in designated quarantine hotels. As the finance industry has ratcheted up pressure on the Asian hub to abandon its Covid Zero policy, outgoing Chief Executive Carrie Lam indicated there would be no further relaxation before she hands over her administration in July.