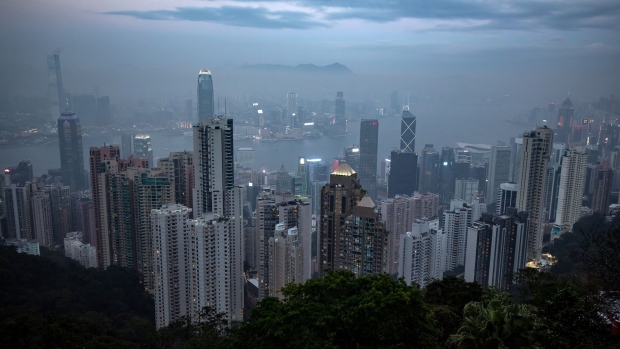 (Bloomberg) -- Hong Kong will be a great place for crypto, fintech and other startups to set up shop in the new year, the city’s financial secretary said on Monday, looking past the current upheaval in the industry.

Paul Chan, speaking at a Web3 forum in Cyberport, said Hong Kong remains committed to becoming a regional crypto hub — an ambition expressed at the end of October, just before Sam Bankman-Fried’s FTX exchange had its industry-altering meltdown — and will work to attract new businesses from all over the world.

Hong Kong is keen to plug its crypto credentials at a time rival Singapore is backtracking, spooked by the fallout from the derailment of FTX. Following the city’s policy statement, several leading tech firms and startups are now considering a move of their headquarters or an expansion to Hong Kong, Chan said, without disclosing their names.

“As certain crypto exchanges collapsed one after another, Hong Kong became a quality standing point for digital asset corporates,” said Chan, who’s been Hong Kong’s financial secretary since 2017. The city has a robust regulatory framework that “matches international norms and standards” while prohibiting free-riders, he added.

Hong Kong is preparing to issue more licenses for digital asset trading firms. The city is also planning a consultation on crypto platforms — exploring the potential for retail participation in the industry — the details of which will be published soon, said Joseph Chan, under secretary for financial services and the treasury, at the same event.

The remarks came as the city attempts to rebuild its international stature as a financial hub following three years of tough Covid-19 restrictions. Its leadership has come under fire for virus curbs that played a role in pushing investors, executives and corporations to locations like Singapore that dropped guardrails earlier.

On Sunday, tens of thousands crossed Hong Kong’s border with China without requirements for quarantine for the first time since the pandemic’s outset, fueling hopes of reviving the local economy and cross-border financial interaction.

Like many other sectors, the crypto industry is viewing Hong Kong’s stance with caution, given perceptions that Beijing — which has banned most forms of crypto activity — is gradually exerting control over the financial hub.