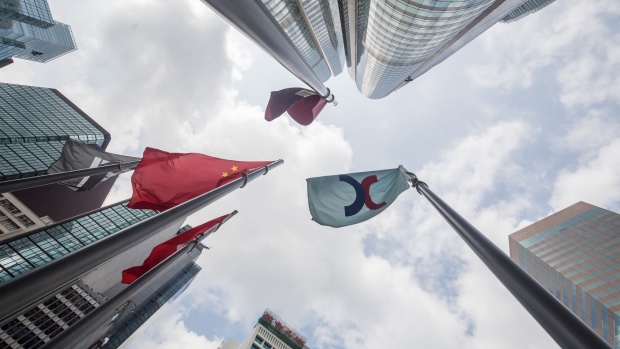 (Bloomberg) -- Hongene Biotech Corp. is weighing a new funding round that could value the Chinese synthesis blocks and enzymes maker at about $6 billion, people familiar with the matter said.

The Shanghai-based company is working with advisers on the fundraising, which could raise about $400 million, said the people, who asked not to be identified as the information is private.

Hongene is exploring a Hong Kong IPO as soon as next year, while it hasn’t decided on the fundraising size, the people said.

Deliberations are ongoing and details of the plans including size and timeline could still change, the people said. A representative for Hongene declined to comment.

Founded in 2001, Hongene supplies synthesis blocks, enzymes and mRNA raw materials to pharmaceutical firms, according to its website. Besides its main operations in Shanghai, the company also has offices and laboratories in Japan and the US.

Hongene provided key ingredients for multiple Covid-19 testing kit makers in China, according to a post on Shanghai’s Minhang district government’s WeChat account. The company produced materials in a closed-loop environment when Shanghai was in lockdown.