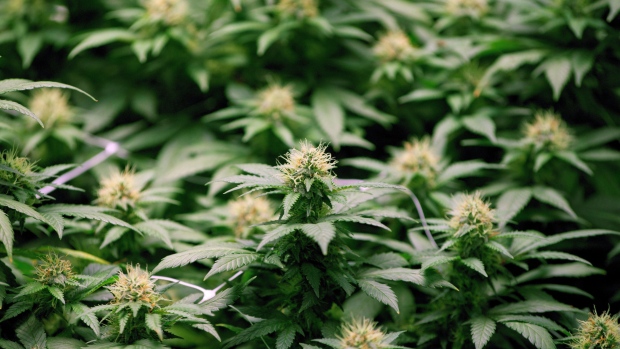 Horizons has filed a preliminary prospectus for a new ETF to help investors get into cannabis stocks.

The Horizons Medical Marijuana Life Sciences ETF, which will trade under the ticker HMMJ on the Toronto Stock Exchange.

Marijuana stocks like Canopy Growth (WEED.TO) have piqued the interest of Canadian investors since moving over from the Venture exchange in 2016.

But Jacob Capital Management Head of Research Khurram Malik, told BNN Monday that proposed cannabis ETFs might not be the pure play investors might be looking for in the marijuana space.

“A few other ETFs will be launching in the next little while later on this year, as well,” Malik told BNN. “The tricky thing is, can you put enough constituents to put into the ETF to meet those really strict requirements in terms of liquidity hurdles, in terms of market cap hurdles, et cetera.”

“You’re going to probably see some weird life sciences companies to sort of round it out, which have a bit of a weed-sort of flavor to them.”

The ETF will attempt to mirror Solactive’s North American Medical marijuana Index, which according to a Horizons research and strategy report “is expected to include 18 companies from a variety of subsectors, including biopharmaceuticals, medical manufacturing, distribution, bio products and other ancillary businesses related to the marijuana industry.”

The cannabis marketplace is still volatile, however.

U.S. Press Secretary Sean Spicer said Thursday that the White House would look to take action on recreational marijuana use. The comments coupled with a broader TSX decline helped send Canopy shares – along with other companies in the cannabis space like Aphria (APH.V) and Aurora (ACB.V) - south on Friday.

Canopy’s shares fell as low as $11.23 on Friday, a nearly nine-per-cent drop.