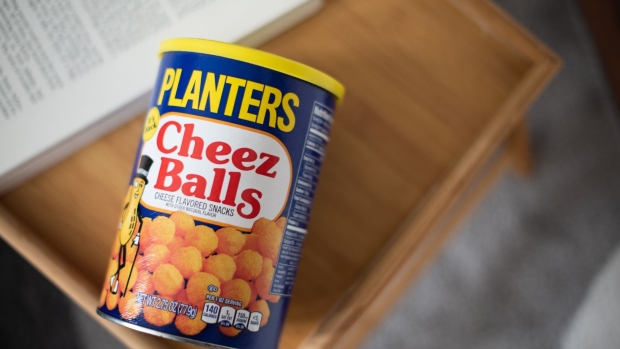 The transaction provides a tax benefit of about US$560 million, Hormel said in a statement Thursday.

The acquisition bolsters Hormel’s catalog of brands, which already includes household names like Skippy, Spam and its eponymous deli meats. While packaged foods have benefited during the pandemic as Americans have stocked their pantries, food-service revenue has taken a hit with restaurants and shopping centers closed or operating with limited capacity.

The purchase will be Hormel’s largest to date, according to data compiled by Bloomberg News. Analysts have anticipated more deals by Hormel following several acquisitions in recent years, including buying Justin’s nut-butter brand in 2016.

Planters is America’s top-selling brand in the nuts, seeds and trail mixes category, according data from Euromonitor. Its grip is slipping, though, with its market share dropping to 16.2 per cent last year from 22.9 per cent in 2015. Planters had net sales of about US$1 billion in 2020, Hormel said, noting that it plans to grow the brand.

Kraft Heinz Chief Executive Officer Miguel Patricio said on a conference call that the decision to sell was driven in part by competitive concerns. “Planters is one of the brands most affected by private label in our portfolio.”

For Kraft Heinz, which was formed through a 2015 merger orchestrated by Warren Buffett and 3G Capital, the sale will help simplify its operations as the company pursues a cost-cutting plan. The maker of Heinz ketchup and Capri-Sun agreed in September to sell parts of its cheese business to a division of Groupe Lactalis for US$3.2 billion.

News of the sale comes the same morning Kraft Heinz reported organic revenue for the fourth quarter that beat the average analyst estimate. In the first fiscal quarter, the company expects flat-to-positive organic net sales growth, even when compared to a strong first quarter last year at the start of the pandemic.

“We have momentum at our back,” Patricio said.