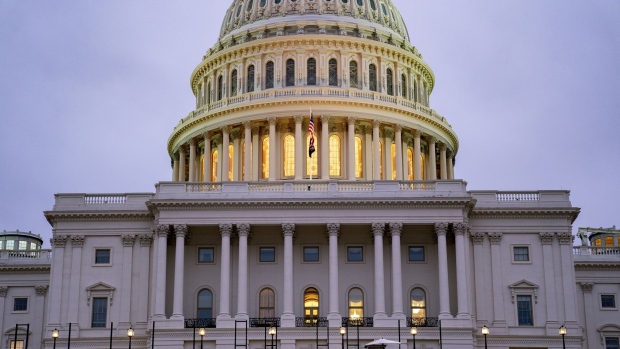 (Bloomberg) -- The Democratic Congressional Campaign Committee, the fundraising arm of House Democrats, raised a record $35.8 million in the third-quarter, topping its Republican rival by $10 million as both sides stockpile cash for the 2022 midterm elections.

The DCCC announced it raised $14.5 million in September, also a high for the month in an off-year and also more than the Republican committee.

The National Republican Congressional Committee, the fundraising arm of House Republicans, raised $12.2 million in September and $25.8 million in the third-quarter, both off-year bests for the organization. The committees are due to file detailed reports on their financial activities to the Federal Election Commission on Oct. 20.

The parties are bolstering their war chests ahead of the 2022 mid-term elections, when Democrats will be defending a narrow majority. To retake control of Congress, Republicans need to pick up six additional seats in the House and just one in the Senate. Historically, parties that hold the White House lose House seats in the midterm elections.

The DCCC started October with $63 million in cash on hand, $26 million more than it had in 2019, the last year with no national election. That’s slightly less than the $65 million the NRCC says it has in the bank.