13% of Canadians spend more than half of their take home pay on their mortgage: RATESDOTCA

House prices in the richest nations may be overvalued by about 10 per cent after a decade-long boom that’s one of the strongest since 1900, Oxford Economics says.

The British research firm identified the Netherlands, Canada, Sweden, Germany and France as the most risky property markets, basing its findings on long-term trends and price-to-rent ratios. It estimated that values across 14 advanced economies have rise 43 per cent in 10 years.

The current boom is on course to become the second-longest and third-largest in terms of price rises in 120 years, rivaled mainly by the last peak in 2006 right before the global financial crisis. 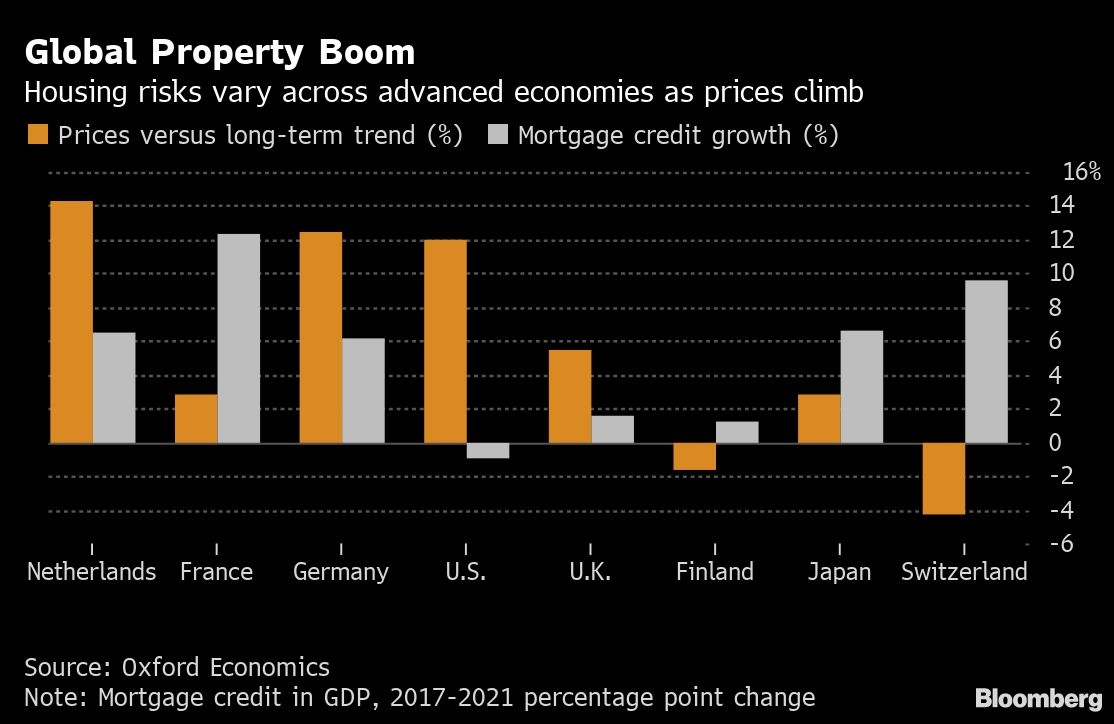 American homes in April saw the biggest price jump in more than 30 years, while U.K. properties in the same month rose the most in nearly two decades. In both markets, low mortgage rates, strong demand for larger properties in the suburbs and supply shortages have been among the drivers.

Despite smaller growth in the last two months, U.K. average house prices are projected to jump 21 per cent over the next four years, long outlasting a tax break on new property purchases phased out from July, according to real estate broker Savills published earlier this year.

High valuations and continued price inflation raise the prospect of a “big price reversal” further down the line, though slower rises in mortgage credit compared with the lead up to the financial crisis suggests much lower risks of bust, said Adam Slater, an economist at Oxford.

“A key issue for the coming years will be how real rates behave given opposing influences such as demographics, the savings glut, and the possibility of higher inflation,” the report said.