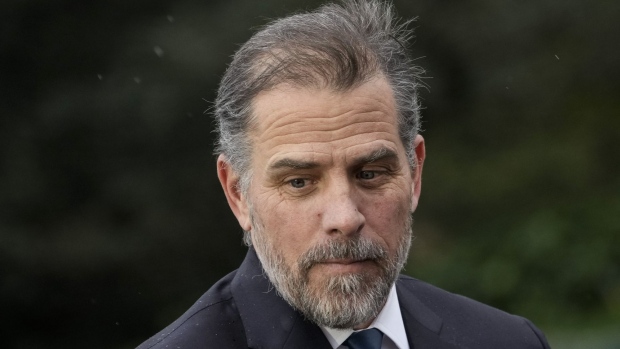 Now in control of the House, they are asking Treasury Secretary Janet Yellen to produce any suspicious activity reports, or SARs, used by banks to flag what they deem suspiciously large transactions involving Hunter Biden and other Biden family members. They also want former Twitter executives to testify and answer questions about alleged suppression of information about Biden’s family.

“Now that Democrats no longer have one-party rule in Washington, oversight and accountability are coming,” Representative James Comer of Kentucky, the new chairman of the Committee on Oversight and Accountability, said in a statement released Wednesday.

The investigation of Biden family business dealings is just one of the multiple inquiries that Republicans plan over the next two years. Biden has been preparing for the onslaught by bringing on a team of aides with experience dealing with such matters. His advisers are counting on federal agency staff, congressional Democrats and a revived outside group to help counter GOP-led probes.

The White House called the committee action a partisan stunt.

“In their first week as a governing majority, House Republicans have not taken any meaningful action to address inflation and lower Americans’ costs, yet they’re jumping out of the gate with political stunts driven by the most extreme MAGA members of their caucus in an effort to get attention on Fox News,” spokesman Ian Sims said in an email.

The president’s troubled son, who has publicly battled drug addiction, has been a particular target for Republicans looking to tar the president with allegations of corruption after five decades in public life. They claim that Joe Biden played a role in Hunter Biden’s business dealings in Ukraine and China. In 2019, President Donald Trump tried to get Ukrainian President Volodymyr Zelenskiy to open an investigation into the Bidens, an exchange that eventually led to Trump’s first impeachment.

Joe Biden has said he did not discuss business matters with his son. Comer has said “there’s a very good possibility” that Hunter Biden will eventually receive a committee subpoena.

Congressional Republicans, including Comer, have asserted that they have evidence that finances, credit cards, and bank accounts of Hunter and Joe Biden were commingled if not shared.

Comer and other committee Republicans revealed some of the evidence they’ve been building in “an interim report” they released in November. That report relied on media reports to say: “the Department of Treasury is in possession of at least 150 Suspicious Activity Reports (SARs) related to Biden family members’ financial transactions.”

“Despite numerous formal requests by committee Republicans to review those SARs, and despite decades of precedent of Treasury making SARs available pursuant to congressional requests, the Biden administration changed longstanding policy and now refuses to produce Biden family SARs or to make them available,” the Republicans said in the report.

In his letter to Yellen, Comer requests a list of documents be turned over no later than Jan. 25.

Those include “all SARs” generated in connection to Hunter Biden; James Biden, a younger brother of the president, and his wife, Sara; as well as associates of Hunter Biden.

“The American people must know the extent of Joe Biden’s involvement in his family’s shady business deals and if these deals threaten national security and his decision-making as president,” Comer said.

Comer on Wednesday also moved on another conservative sore point regarding Hunter Biden — the decision by Twitter Inc. in October 2020 to restrict access to a New York Post Post article about a laptop purportedly owned by him.

He sent letters to three former company executives seeking their appearance at a hearing planned for the second week of February. “Your attendance is necessary because of your role in suppressing Americans’ access to information about the Biden family on Twitter shortly before the 2020 election,” Comer wrote in the latters.

After he took over Twitter late last year, Elon Musk released executive emails about the internal debate that led to the company’s decision on the Post article. Some Republicans have said Twitter’s move to block the story helped Biden in his victory over Trump, but a Federal Election Commission ruled that Twitter didn’t break election laws by doing so.