Canadian household indebtedness improved in the first half of 2020 as government support kept incomes afloat amid the pandemic.

Government income transfers during COVID-19 and mortgage deferrals alongside record low interest rates have provided financial relief to many Canadians during the pandemic, particularly those who lost work during nationwide business shutdowns and stay-at-home orders. 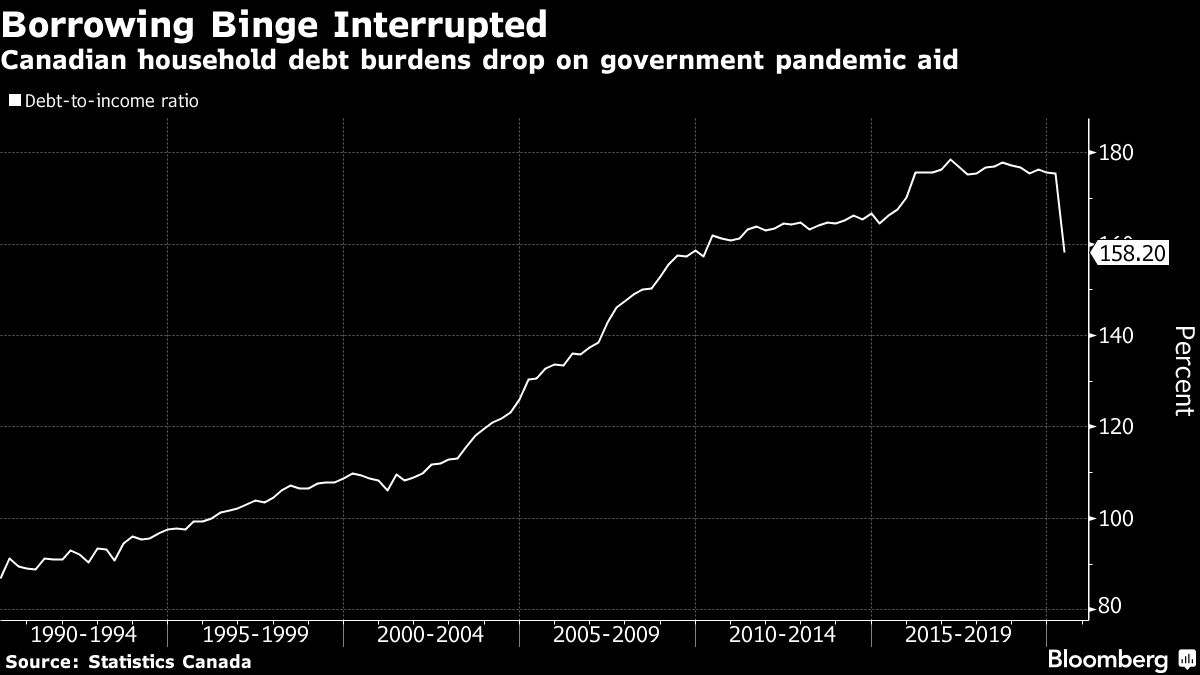 Economists, however, don’t expect it to last.

“More challenging times are likely ahead,” Ksenia Bushmeneva, an economist at Toronto-Dominion Bank, said in a report to investors. “These support measures will gradually begin to wane, and the state of the labor market and consumer finances cannot diverge indefinitely.”

A key concern is that with a full economic recovery still a long way off and Prime Minister Justin Trudeau’s government winding down support measures, some households will struggle to keep up with their payments. Delinquencies and consumer insolvencies will likely begin to rise at the end of this year and into 2021, Bushmeneva said.

But for now, government income support is helping the economy to emerge from the deepest downturn on record, and allowing Canadians to pay off debt and increase their savings.

In the second quarter, the household debt-service ratio, the share of disposable income that goes toward paying principal and interest, fell to 12.4 per cent from 14.5 per cent. That’s the largest decline on record.