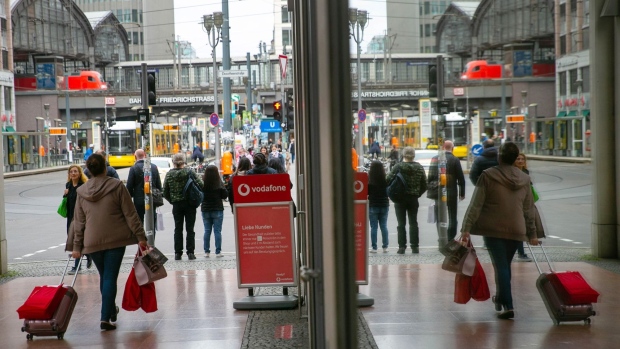 Shoppers on Friedrichstrasse in Berlin, Germany, on Wednesday, Sept. 22, 2021. After years of poor levels of investment in public infrastructure, there’s a broad consensus among all political parties that more will be needed in the coming decade. , Bloomberg

Private consumption was the biggest contributor to euro-area economic expansion in the third quarter as the region reopened following pandemic lockdowns that are now returning in some parts of the continent.

Household spending contributed 2.1 percentage points to the growth in gross domestic product, while government outlays lifted it by 0.1 percentage point. Investment was a drag, according to Eurostat data published on Tuesday.

Another surge in Covid-19 infections is now threatening to curb the recovery. Austria and Slovakia are again in lockdown, while supply-chain disruptions are hampering Germany, the region’s biggest economy, and other parts of the region.

Employment increased by 0.9% in the euro area, the data showed.