Don't like the trajectory, but deficit growth is relatively modest: PIMCO

A clear majority of Canadians, or 55 per cent, continue to say higher borrowing costs are either having no impact, or a positive one, on their personal spending, little changed from 57 per cent in October, according to a survey by Nanos Research. The share of those who reported negative or somewhat negative effects was 41 per cent, unchanged from the previous survey.

The results may come as a surprise to Governor Stephen Poloz, who paused rate hikes in January, saying previous increases -- there have been five since mid-2017 -- may be having a stronger impact than first expected. In an interview last month, Poloz said he’s keeping a close eye on developments in the nation’s housing market, which has slowed partly due to higher borrowing costs.

Almost half, or 46 per cent, of respondents report no impact from higher interest rates, down from 50 per cent in October. The share of Canadians seeing benefits -- typically people holding interest earning assets -- was 8.4 per cent, versus 7.5 per cent three months earlier.

Some economists have warned the previous rate hikes may already have gone too far, and there’s concern about the impact on the economy if Canada’s highly indebted households pare back spending to pay debt instead. The country’s debt service ratio -- the share of disposable income required to pay principal and interest on outstanding loans -- rose to 14.5 per cent in the third quarter, the highest since before the 2008 financial crisis, according to Statistics Canada.

But judging from the latest Nanos survey, things aren’t getting much worse. The net score -- the difference between those reporting negative versus positive impacts -- was 32.9 per cent, virtually unchanged from the October reading of 33.2 per cent.

The poll shows young Canadians are the most likely to be hurt by higher interest rates. Some 51 per cent of 18- to 34-year-old respondents said higher borrowing costs were curtailing spending. That compares to 42 per cent for those 35 to 54 years of age, and 34 per cent for the 55-plus set. In addition, 43 per cent of women reported a negative impact, versus 39 per cent of men, the survey showed.

Nanos conducted the polling on behalf of Bloomberg between Feb. 2 and Feb. 5. The following are the results from the hybrid telephone and online survey of 1,000 Canadians. 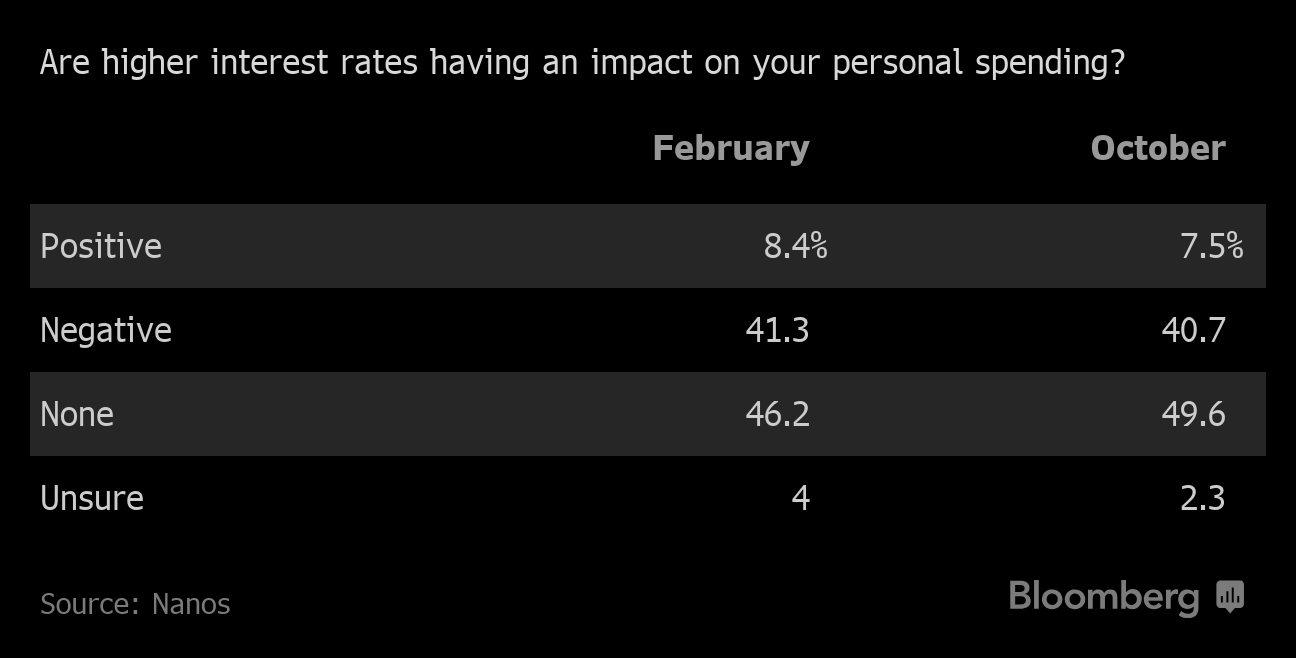 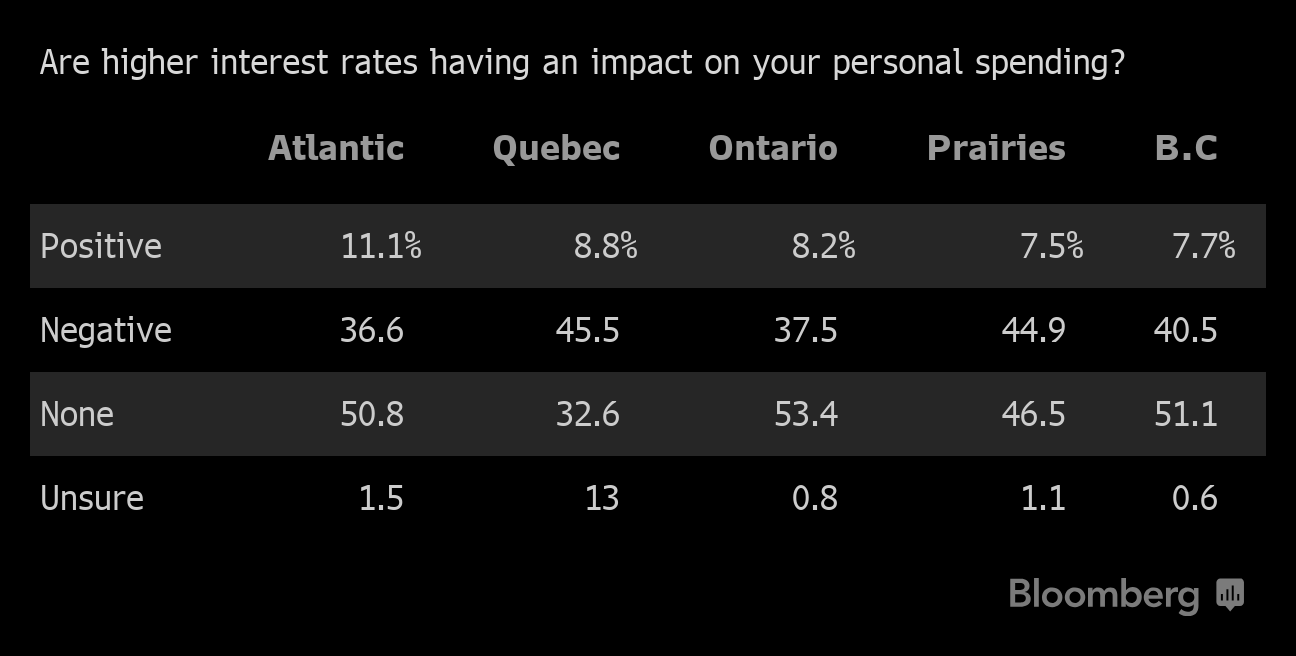