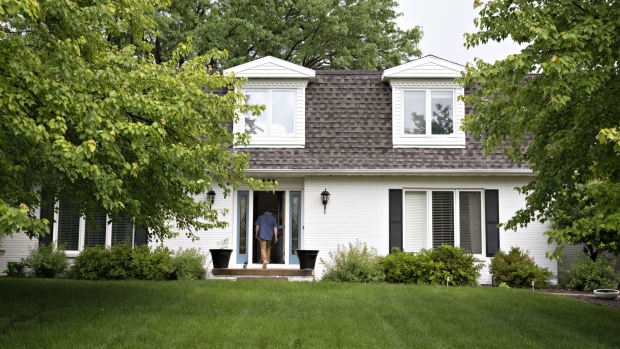 The U.S. housing market, which has been a bright spot in the pandemic-battered economy, is running out of fuel.

With buyers eager to take advantage of low mortgage rates, the inventory of homes to buy is scarce. That’s driving up prices and threatening to derail the boom by pushing homeownership out of reach for many Americans.

For homebuilders, the huge demand for housing is an opportunity to crank up construction and solve the inventory crisis. Instead, some are deliberately slowing things down as they grapple with supply shortages, surging lumber costs and intense competition for labor and land.

After the COVID-19 lockdowns in March brought sky-high unemployment, most builders expected a crash. What they got was a brief pause followed by a crush of buyers armed with the lowest interest rates on record and a burning desire for more space in the suburbs.

There was pent-up demand for housing when the pandemic hit, after a decade when builders mostly focused on the higher-end of the market, constructing fewer, more expensive homes. Recently, they’d shifted focus to cheaper properties for the massive millennial generation now aging into homeownership.

But with higher costs eating into profit margins, builders may once again chase the wealthy who want bigger homes with backyards and home offices. That comes as the inventory shortage has gotten even more acute.

The supply of existing homes, shrinking for years, is at an all-time low. At August’s sales pace, it would take a little more than three months to run out of new homes for sale, the lowest level on record, according to government data dating back to 1963. That’s down from almost six months in February.

New home construction this year will hold steady at just under 900,000, about the same pace as in 2019, according to a projection by the National Association of Home Builders. For 2021, the industry group forecasts that starts will increase slightly but will be held back by the cost and availability of building materials.

The trouble for builders is that vacant land takes about two years to be developed, a process slowed by local government regulations. Meanwhile, lumber prices are expected to add US$16,000 to the cost of a typical house, according to the NAHB.

They’ve risen because producers idled saw mills in the U.S. and Canada in March and still face timber shortages resulting from a beetle infestation and wildfires, said Joshua Zaret, an analyst at Bloomberg Intelligence.

Homebuilders aren’t the only ones bidding up the price of wood. Quarantined families have been especially busy remodeling during the pandemic. This summer’s hurricanes and wildfires will also add to demand once the insurance checks start coming in.

Builders can keep raising prices to stay ahead of costs, to a point, said John Burns, an Irvine-based real estate consultant. But some are raising them by as much as 2 per cent a month, he said.

“If that went on for two or three years, we’d be very concerned about affordability,” Burns said. “Every time prices go up, it’s great for homeowners and bad for the renter who aspires to be a homeowner.”

Stocks of homebuilders have climbed in recent months as orders for new homes surge. The looming issue is that the demand for housing is outstripping supply at a time when construction has gotten more expensive.

Lennar Corp., the biggest builder by revenue, said it’s intentionally limiting sales to homes already under construction to avoid buying lumber at today’s high prices. The company says it’s trying to be patient, betting it can continue to hike prices to help offset the higher costs.

“Sales could have been stronger with a singular focus on volume,” Stuart Miller, the company’s chairman, said on an Sept. 15 earnings call. “It is challenging at best to materially ramp production in this labor-constrained market, and it’s even more challenging to replace entitled land.”

Alan Gerbus, a second-generation Cincinnati custom builder, is already in the hole on a house before he’s even started. He submitted a contract to his buyer in late June for an $800,000 house but his costs just for wood products jumped $25,000 by the time it was signed 40 days later.

“The lumber supplier said he can’t honor that price,” Gerbus said. “I’m praying for the lumber prices to start falling by the time I’m ready for delivery.”

Even if builders wanted to plow ahead, it’s hard to get wood these days. Robert Pool, co-owner of Main Street Lumber, a family business in Denison, Texas that sells products to builders, said he had to turn down some new customers early in the lumber supply crisis because he wanted to be sure he’d have wood for his existing customers.

His price for oriented strand board, widely used for roofs and siding, more than doubled to US$24 a sheet in March, he said.

“It hurts when you have to tell somebody no,” he said.