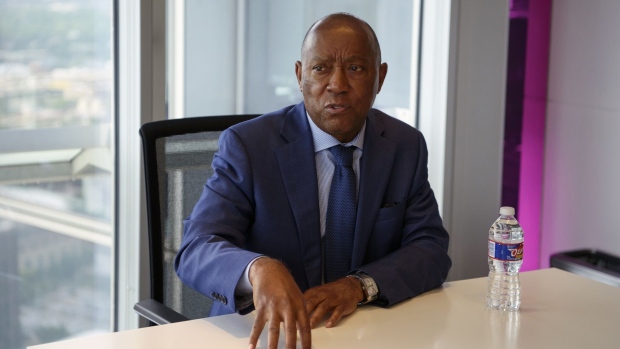 (Bloomberg) -- Houston officials are investigating the cause of the electrical failure that left millions of people without clean water for almost two days and closed local schools.

Investigators were preparing to descend into manholes at the city’s biggest water-treatment complex to examine cables suspected of being a possible source of Sunday’s calamitous outage, Erin Jones, a spokesperson for the Houston Public Works Department, said on Tuesday. Those inspections could be delayed because of expected thunderstorms that would make it hazardous to go underground, she said.

“There is a little hiccup in determining the source of the problem -- we are expecting rain today,” she said, adding that underground areas must be dry to reduce electrocution risks. “Then they’ll assess the cabling to see if there’s something with the cables that led to the power shutdown.”

City officials are still searching for the origin of the 36-hour water outage, Houston’s most severe water crisis since a deadly February 2021 winter storm. Schools remained closed for a second day because of the extensive cleanup procedures and will reopen on Wednesday.

The examiners were initially focused on why a transformer went down at 10:30 a.m. local time on Sunday morning and its backup unit failed to kick in. That triggered a cascade of failures that robbed pumps in Plants 1 and 2 of power. Twenty minutes later, Plant 3 went dark.

Within 10 minutes, water pressure in pipelines around the city had plunged below the minimum 20 pounds per square inch required to ensure harmful bacteria and other contaminants don’t enter the system, Mayor Sylvester Turner said during a media briefing on Monday.

Now, the probe has shifted to subterranean cables that feed electricity to the treatment units via the transformer, Jones said.

The findings will be compiled into an “after-action review,” she added. Steps to prevent a similar failure from happening again will be part of that examination.

The outage metastasized into a political imbroglio for Turner, who has taken heat for the hours-long gap between Sunday morning’s pressure drop and the eventual emergency declaration that night.

“This was preventable,” former City Councilman Greg Travis said in a tweet a day into the boil-water order that shut schools and some restaurants, and triggered a run on bottled water at groceries stores.

Turner took to social media to refute the criticisms and said he acted on the advice of state environmental regulators, who urged the mayor to issue a boil-water order on Sunday after assessing the pressure data. The mayor said he had hoped such an order wouldn’t be needed because the low-pressure readings only lasted for about two minutes at most of the impacted monitoring stations.

Water samples collected early Monday required at least 18 hours of incubation before the first results could be ascertained, which meant there was no possibility of lifting the boil order sooner than Tuesday morning.

Budgetary concerns appear an unlikely culprit, as Houston raised public-works spending by 19% for the fiscal year that began July 1, up from an 8.2% rise a year earlier, city budget documents showed.

Houston is set to spend about $2.7 billion public works operations that include water treatment this year, more than twice its outlays for law enforcement.

The University of Houston said cleaning and flushing work would be complete in time for dining halls serving the school’s 39,000 students to open for limited service by lunchtime on Tuesday.

(Updates with plan to reopen schools in fourth paragraph.)