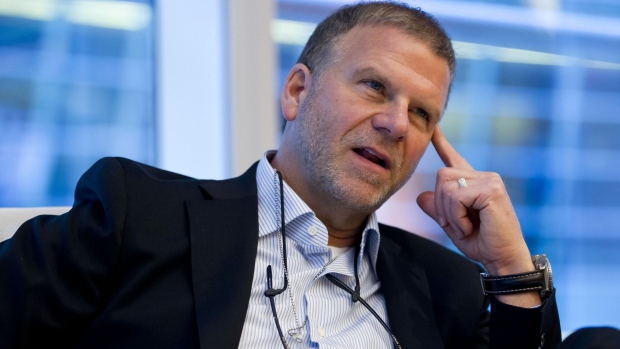 The Houston Rockets and billionaire owner Tilman Fertitta are suing their insurer for denying the National Basketball Association team’s bid to tap its business-interruption insurance policy over revenue losses from the Covid-19 pandemic.

The suit is the first by an NBA team seeking to recover losses tied to the economic body blows wrought by the coronavirus. Fertitta said in court filings he paid around US$719,000 in annual premiums for more than US$400 million in business-interruption insurance. He said the policy covers the pandemic because it was not specifically excluded.

Steven Zenofsky, a spokesman FM Global, declined to comment on the Rocket’s suit.

Fertitta, who also owns the Golden Nugget casino and the Landry’s restaurant chain, joins more than 50 other businesses across the U.S. who’ve sued insurers for denying claims on business-interruption policies, according to data compiled by Bloomberg.

The stakes in this wave of business-interruption cases are high for insurers, who say such policies were only intended for physical damage and were never priced to cover a global virus outbreak. Many specifically exclude pandemics.

U.S. companies with fewer than 100 workers could face aggregate losses of as much as US$431 billion a month, the American Property Casualty Insurance Association estimated.

That’s nine times more than the US$47 billion the industry said it paid for covered losses arising from the Sept. 11, 2001, terrorist attacks, when only a third of claims were for business interruptions, according to the Insurance Information Institute.

Insurers could face as much as US$100 billion in losses from the pandemic, Wells Fargo & Co. analyst Elyse Greenspan estimated in a note to clients in June. Chubb Ltd. Chief Executive Officer Evan Greenberg has warned that the pandemic is likely the largest event in insurance history.

The NBA is straining to restart its suspended season by having 22 teams gather at a facility in Walt Disney World in Orlando, Florida. The plan is to have an eight-game wrap-up to the regular season, then hold playoffs at the facility. Players will live in seclusion at the park during the truncated season.

Lawyers for the Rockets and the team’s arena say in the suit that the pandemic, in which Houston has emerged as a new epicenter, has hit them especially hard. On July 14, Texas Covid cases increased by almost 11,000, a new record, with the statewide total numbering more than 270,000.

Toyota Center officials were forced to cancel not only NBA games, but rodeos, concerts, a World Championship BBQ cook-off and other revenue-generating gatherings, according to the suit. The Rockets’ lawsuit contend loss of use of the arena constitutes “physical damage” triggering the coverage.

“The property has been impaired,” the team’s lawyers said in their 30-page complaint. “The loss of functionality is no less physical than the impact of a property having lost its roof to a tornado or hurricane.”

--With assistance from Brandon Kochkodin.