The G7 summit ended with an explosion -- Donald Trump unloaded on Justin Trudeau and washed his hands of the summit.

And he blamed Canadian milk.

Trump spent much of the G7 complaining about Canadian dairy tariffs, mentioning it repeatedly Friday during a leaders’ session on trade, one official said. He seized on one number in particular: Canada’s 270 per cent tariff on certain products.

“People can’t charge us 270 per cent and we charge them nothing. That doesn’t work anymore,” Trump said during a news conference at the summit. “The United States pays tremendous tariffs on dairy. As an example, 270 percent. Nobody knows that. We pay nothing. We don’t want to pay anything. Why should we pay?”

While dairy has been on Trump’s radar for a year, the issue has now emerged as a top dispute between the two trading partners. Here’s a look at how we got here.

Does Canada really charge 270 per cent on milk?

On some dairy imports, yes. Canada essentially allows two avenues for dairy imports -- those within quota, and surplus stuff. It’s the latter where tariffs spike, because Canada’s whole system is built to avoid a surplus -- hence its name, “supply management.”

Take milk, for instance. Within quota, the tariff is 7.5 per cent. Over-quota milk faces a 241 per cent tariff. Other over-quota rates include blended dairy powder at 270 per cent. Duties rise to as high as 314 per cent for other products, according to data from the World Trade Organization. Canadian officials argue that all countries subsidize dairy, including the U.S. -- Canada essentially does so indirectly by closing its borders and capping production. If you’ve got a slice of the quota, though, the tariffs don’t apply. And Canada has given up slices of its market in trade talks. (Including in the Trans Pacific Partnership trade deal that Trump quit.)

So is Trump right on tariffs?

Yes and no. Yes, Canada has high milk tariffs beyond the allowed quotas, with an average duty of 218.5 per cent on dairy. But on most other products, the country is roughly in line, with a trade-weighted average of 3.1 per cent overall, WTO data show. “Trump’s use of 270 per cent to besmirch Canada’s overall trade policies is disingenuous to be polite about it,” Derek Holt, an economist at Scotiabank, said in a research note. “Better judgment would question whether an entire trading relationship needs to be jeopardized in order to appeal to dairy farmers in Wisconsin.” 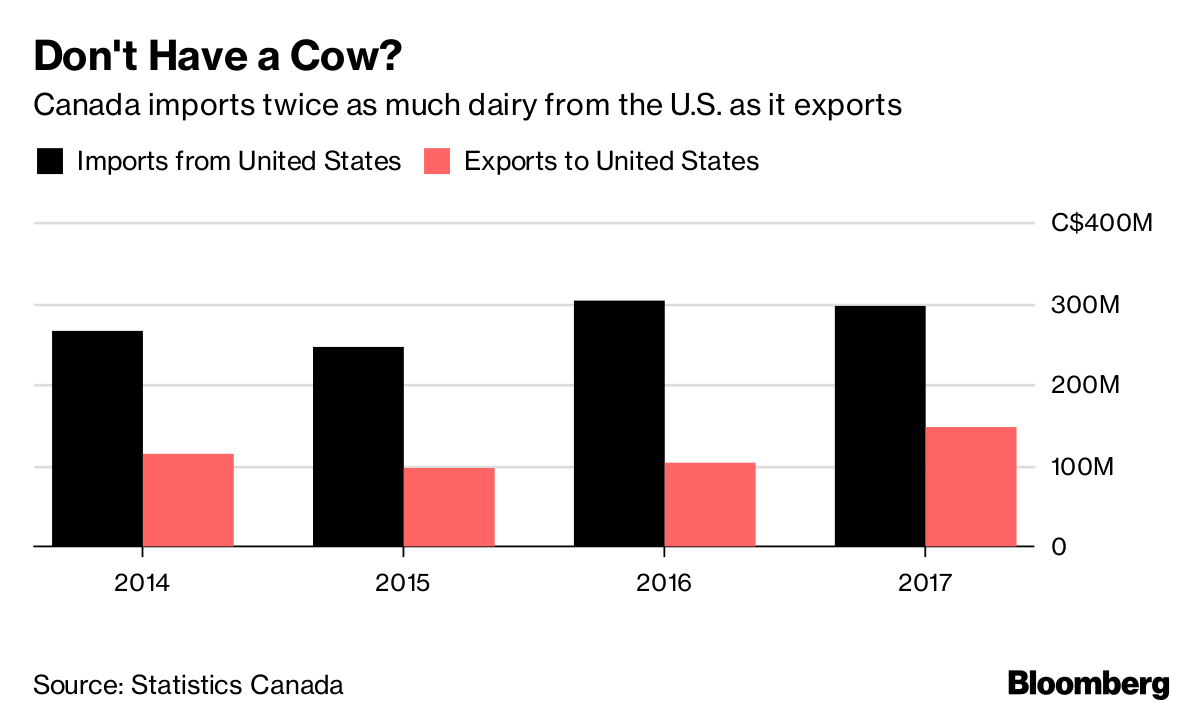 “Overall, the U.S. is more restrictive,” said Peter Clark, a trade consultant and president of Ottawa-based Grey, Clark Shih & Associates, who has done research for the Dairy Farmers of Canada.

Is this a NAFTA thing?

No, but Trump wants it to be. The original North American Free Trade Agreement didn’t really cover this, but Trump’s trade negotiators dropped a bombshell last October in NAFTA talks when they proposed eliminating Canada’s system of supply management entirely over 10 years. Canada has refused. Paul Ryan is upset about Canada too, by the way.

What does Canada think?

It depends who you ask. Economists tend to loathe Canada’s system, saying that it means people pay more for staple foods. But politicians support it across the board. That’s partly politics -- dairy farmers are a powerful group -- and at least partly business. The existing dairy quota has become so valuable, worth billions of dollars, that killing it could ripple through the financial system and other sectors.

What’s the reaction to Trump? 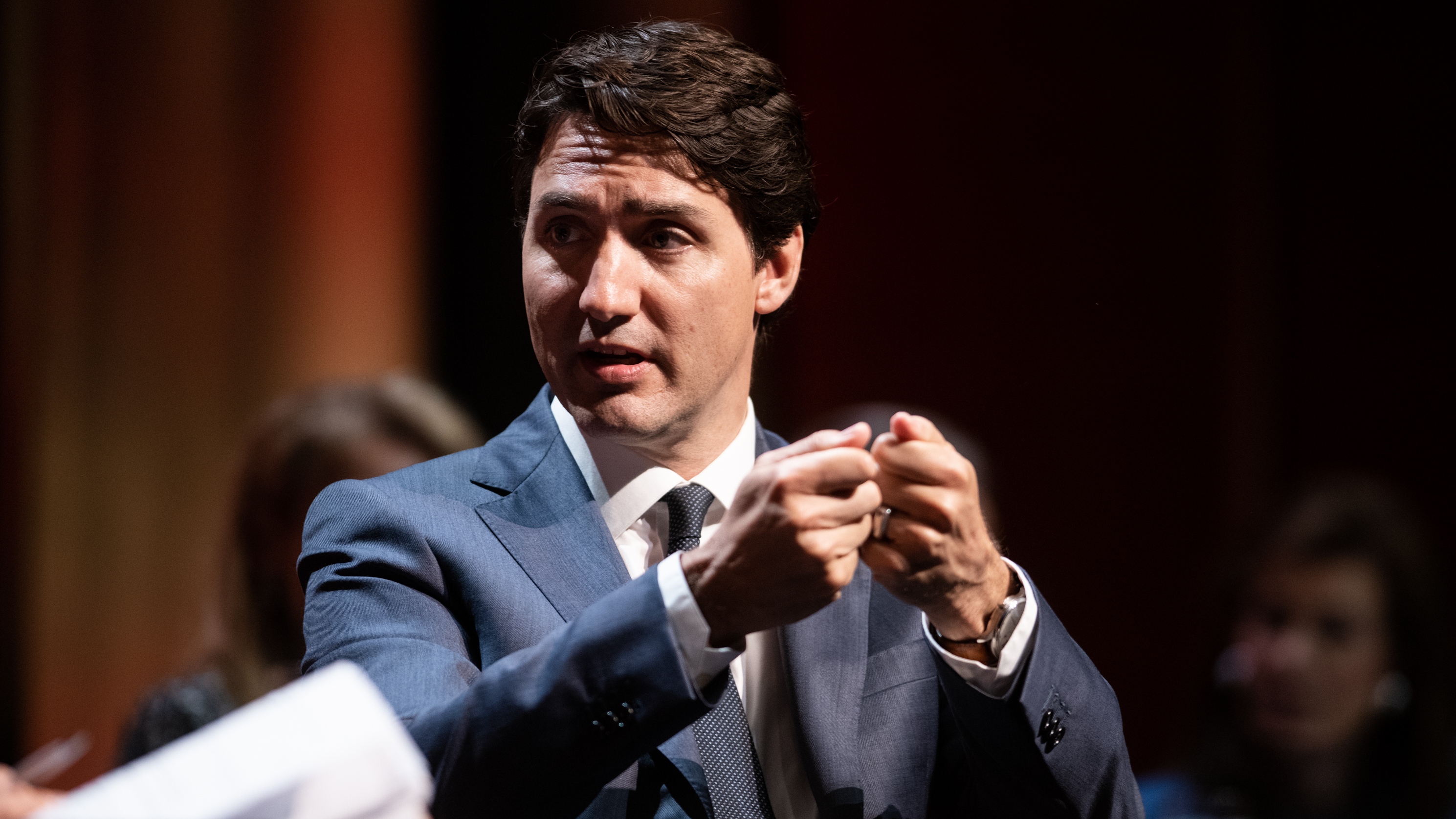 How should Trudeau respond to the White House’s insults?