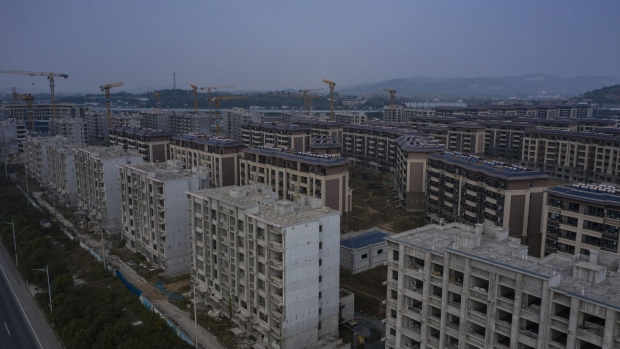 More than a decade after the U.S. subprime crisis sparked the Great Recession, the threat of default at giant property developer Evergrande is raising the prospect that ghost towns of unoccupied homes could trigger a China property slump.

On this week’s podcast, Hong Kong-based economics reporter Tom Hancock visits Evergrande to see how the company is trying to raise money and avoid default, including by trying to sell its headquarters. Guest host Tom Orlik delves into the issues with Rhodium Group Director Logan Wright and Bloomberg economist David Qu, a former financial stability regulator at the People’s Bank of China.

And finally, with Halloween just around the corner, Orlik ponders the scariest risks to the global economy with three Bloomberg economists: Anna Wong in Washington, Dan Hanson in London and Ziad Daoud in Dubai.