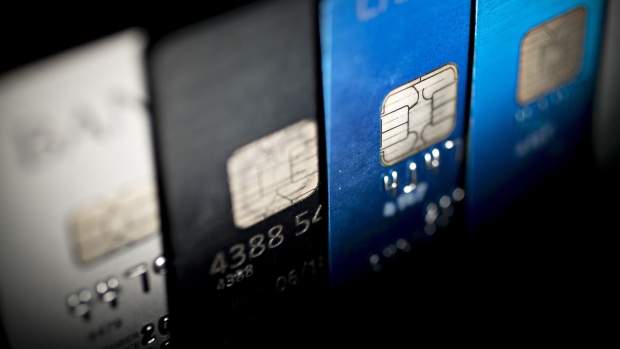 In case it wasn’t obvious by now, the economic downturn in America has been most unusual during the past several months.

But just to hammer home the point, the Federal Reserve Bank of New York’s Report on Household Debt and Credit for the second quarter, released Thursday, disclosed that total household debt decreased in the three months through June for the first time since 2014 and by the most since 2013.

The decline was driven almost entirely by Americans putting away their credit cards — balances plunged by US$76 billion, the sharpest drop on record.

At first glance, that’s a shocking statistic for a number of reasons. First, these cards are akin to a line of credit (at a high interest rate) to individuals who need to bridge a sudden lack of revenue to meet expenses.

As I wrote in May, when the New York Fed gave a snapshot of household finances heading into the throes of the coronavirus pandemic, it stood to reason that Americans might need to tap into a record US$3.04 trillion emergency buffer to get through the lockdown. Balances grew or remained steady from the start of 2007 through the end of 2008, after all. Instead, available credit increased yet again in the second quarter, to US$3.06 trillion.

Additionally, credit cards are the most straightforward way to buy goods online from retailers like Amazon.com Inc., which smashed second-quarter earnings estimates, or to pay for subscriptions to Netflix Inc., which added a stunning 10 million new accounts in the three months through June. It’s not as if cash is much of an alternative when making at-home purchases.

The New York Fed researchers didn’t offer much in the way of conjecture about what’s behind the sharp pullback. But it doesn’t take much to cobble together a narrative of why credit-card balances have retreated so severely.

For one, the Coronavirus Aid, Relief, and Economic Security Act clearly bolstered household balance sheets across the country. The US$1,200 stimulus checks, and, more crucially, enhanced federal unemployment benefits, put cash into the hands of suddenly jobless individuals, which in turn helped them avoid resorting to piling on credit-card debt to make ends meet. The CARES Act rippled across the New York Fed report, as overall delinquency rates plunged in the second quarter with many individuals taking advantage of forbearances for both mortgage and student-loan payments provided by the legislation.

Still, even if Americans were largely made whole by Uncle Sam, that doesn’t tell the whole story of the decline. I’d wager it has a lot to do with the one giant component of credit-card balances that hasn’t come close to recovering yet: leisure and travel expenses. 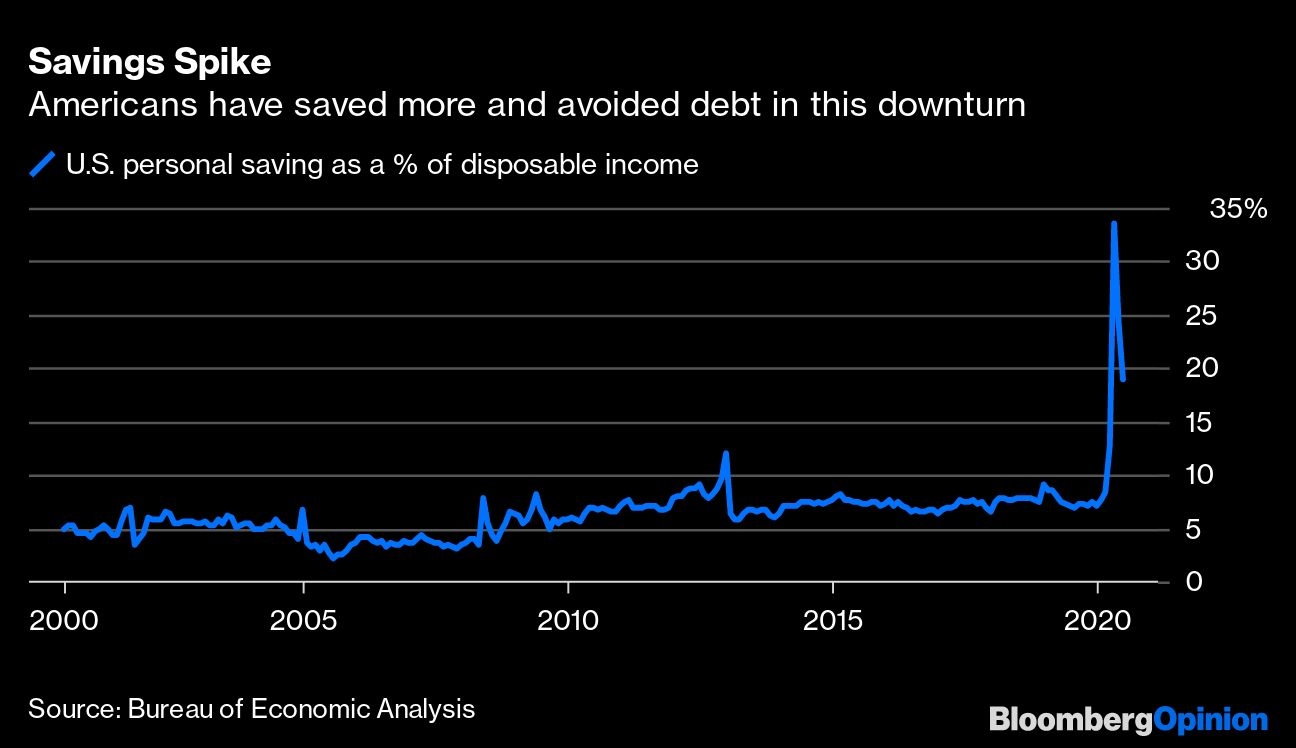 Airfare and lodging can represent some of the largest credit-card purchases for individuals. And Americans, regardless of their employment status or financial situation, simply aren’t flying or staying at hotels as they used to. Delta Air Lines Inc. Chief Executive Officer Ed Bastian said on Monday that the company is flying just 25 per cent of passengers compared with a year ago; he said Thursday in a memo to employees that he has “no clear insights” on when travel demand will return. Hilton Worldwide Holdings Inc. reported Thursday that revenue per available room fell 81 per cent worldwide in the second quarter. That has ripple effects on industries tied to wooing visitors. Staycations mean less dining out and more at-home cooking and fewer live performances in favor of streaming services, which all contributes to bringing down bills and boosting savings.

The flip side, of course, is that these past several months have been devastating to those who work in travel and leisure, many of whom bring in below-average income. Even now, some 1.19 million Americans applied for unemployment benefits for the first time, Labor Department data for the week through Aug. 1 showed Thursday. It’s technically the lowest since the pandemic started, but still far higher than the rate heading into this year. The July employment report on Friday will offer more clues on the permanence of these job losses.

The overall health of household balance sheets may depend on the result of haggling in Washington over the next round of fiscal stimulus. For instance, the fewest individuals on record had a new foreclosure notation added to their credit reports between April 1 and June 30, while the percentage of delinquent student loans fell by the most ever.

“Protections afforded to American consumers through the CARES Act have prevented large-scale delinquency from appearing on credit reports and damaging future credit access,” Joelle Scally, administrator of the Center for Microeconomic Data at the New York Fed, said in a statement. “However, these temporary relief measures may also mask the very real financial challenges that Americans may be experiencing.”

For now, it looks definitive that U.S. consumers on the whole avoided the worst-case scenario during the second quarter. Whether Americans can stand on their own two feet again remains an open question. More likely, they’ll need to lean on Uncle Sam for many more months to come.