How EXMceuticals is poised to sail through Portugal's golden gateway to Europe - BNN Bloomberg
{{ currentBoardShortName }}
Markets
As of: {{timeStamp.date}}
{{timeStamp.time}} 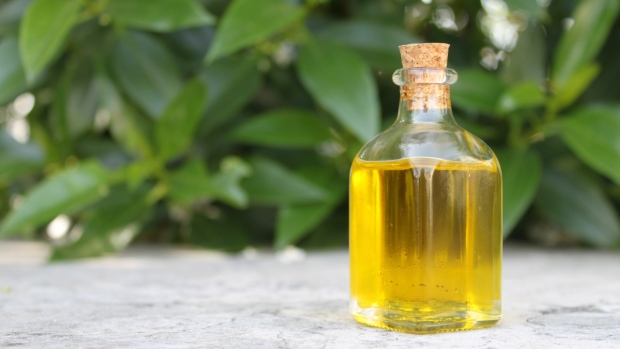 EXM is a pharmaceutical/biosciences company uniquely positioned in the European market with a clear path to an EU GMP licensed facility. , Image courtesy of Market One Media

For centuries, Portugal looked westward, watching the sails of explorers’ ships like Vasco Da Gama as they set out to discover what the world had to offer in Africa, the Americas and the Indies along with the treasures they held. Now, the country is turning its gaze eastward to the rest of Europe and the promise of new riches and wealth. But this modern generation of adventurers aren't looking to return with cargoes of gold or spices. Instead, they're hoping to export the most precious commodity of all — health.

Portugal's health sector is an engine of the country's economy. According to Portugal’s government page, “Investment in R&D increased around 128 per cent during the last 10 years and the number of scientific publications by Portuguese researchers has kept up with this trend with an increase of 123 per cent in the same period.”

Moreover, “Portugal hosts a vibrant and innovative R&D ecosystem, supported by several institutions scientific and technologic-oriented, present throughout the whole chain of value of the health and medicines sector, including the clinical trials.”

Despite this, the country faces the challenges of coping with an aging population in the age of COVID-19. But it also has opportunities to take a leading role in responding to the pandemic by developing biotechnologies that identify pathogens and increase diagnostic capacity.

That's why the country has an investment in life sciences and productive capacity in a sector that has seen its pharmaceutical industry’s exports grow by 200 per cent in the last 10 years. The country is also open to alternative treatments and therapies, including cannabis-based products. When it comes to the health and wellness space, Portugal is now the gateway to the EU.

EXMceuticals on the ground in Portugal

EXMceuticals Inc. (CSE: EXM | FSE: A2PAW2) is poised to sail through that golden gateway. EXM is a bioscience company and emerging player in the hemp and cannabis wellness sector. The company's goal is to become one of the world's suppliers of the highest-grade medical cannabis ingredients.

The company already has a substantial footprint in Portugal, with an existing licensed cannabis R&D facility and pilot refinery in Lisbon coupled with an industrial-scale, commercial, GMP-pharmaceutical-grade extraction and refining facility in development nearby.

EXM obtained authorization for cannabis research and development from INFARMED, the Portuguese National Authority of Medicines and Health Products, in November 2019.

CEO and Board Chair, Jonathan Summers, says that this authorization has positioned EXM to take advantage of a massive opportunity and a clear path to add a commercial and industrial license for cannabis to its existing R&D license.

"The Portuguese authorities want EXM to be a science, extraction, and purification hub to complement the emerging cultivation industry and we've said yes, of course, we will do that,” says Summers.

"We hope to be making our first commercial deliveries by late Q3 of next year."

EXM's timing is significant, with Portugal expected to become a medical cannabis powerhouse. Its southern European climate is advantageous for year-round cultivation and it has low production costs. There is also a clearly defined legal code for what is allowed. It is also set to surpass the Netherlands as Europe's largest cannabis producer by the end of 2020 if growth rates continue.

That positions EXM as the partner of choice for any extraction, refining and purification needs for the local and international market wanting to enter the EU-GMP medical market.

"The beauty of Portugal is there's going to be a lot of domestic cultivation there and we can use it as a base to export to the rest of Europe, like Germany and the rest of the world relying on such high standard. Europe offers a fantastic opportunity," notes Summers.

How big of an opportunity? Recently valued at roughly EUR€240 million (USD$260 million), Europe is set to become the world’s largest legal cannabis markets in the next five years.

Another factor in EXM's favour is the European Union and Portugal's financial support for cannabis-based medical research. A consortium led by the company recently received a landmark EUR€320,000 COVID-19 research grant from the European Regional Development Fund and the Portuguese Government; EXM is working with the University of Coimbra to develop disinfectants to combat the COVID-19 pandemic.

Summers says one possible application is to use the terpenes found in cannabis to create filters for reusable masks.

"Rather than these disposable masks which are clogging up sewers and producing a horrible waste problem, you could have a renewable mask which has a filter in it which not only smells nice because it's got terpenes in it, but also is retardant to the virus," he notes.

"If you want to get rid of it, you just put a new filter in the mask. It will also be designed to be much less harmful to your skin in terms of other disinfectants."

"It's a milestone that will help us with state support and with people viewing us as a biosciences company, not a cultivation business. You can't be a cannabis grower and be a member of APIFARMA and we're obviously thrilled to become a member," Summers explains.

Founded in 1975, APIFARMA represents more than 120 companies operating in Portugal and defends and promotes the interests of its members, covering all areas of activity from R&D to production.

In case you missed it, we are delighted to become a part of the Portuguese Association of the Pharmaceutical Industry...

Posted by EXMceuticals on Thursday, October 1, 2020

EXM imports pure cannabinoids into Portugal for the first time

Another major step forward for the company came in September when it imported a material quantity of various cannabinoid distillates into Portugal from North America with the help of Farmceutica, a major supplier.

These amounts will grow as more commercial quantities are required. EXM also reached an agreement with Econnabis SAS to supply EXM’s proposed Portugal refinery with up to 200 kg of GMP compliant THC distillate. Econnabis SAS is an operating subsidiary of Plena Global Holdings Inc., a large-scale producer and supplier of medical-grade cannabis ingredients. Various other supply arrangements have also been signed under MOU’s.

Summers says the focus on extraction and refining rather than cultivation gives EXM tremendous flexibility when it comes to the changing demands and trends in the cannabis wellness market, as well as being able to acquire raw materials at the best prices and qualities.

"I am completely agnostic as to which cannabinoids, or combinations of cannabinoids customers end up wanting. The machinery we're putting in place can basically produce anything required as long as we can obtain the input material, biomass or extract," he adds.

“This flexibility allows us to truly adapt to customer wants and needs with an endless variety of cannabinoid-based outputs, formulations and brands created through EXM’s operations.”

EXM has the license, facilities and team to succeed

The foundation of EXM's footprint is the authorization for cannabis research and development it obtained from INFARMED in November 2019. Currently unique in Portugal, this crucial scientific license allowed EXMceuticals to take a leap forward in its European operations by being able to import, research and refine cannabinoids and cannabis-based ingredients inside the European Union for R&D purposes.

The company's R&D laboratory is developing cannabis-based formulations for products and operating as a pilot-scale refinery for the transformation of cannabis-based ingredients. The lab is fully equipped and staffed by experienced scientists like microbiologists, biochemists and geneticists.

Meanwhile, work continues on fitting-out and equipping EXM's pharmaceutical-grade factory to go into production. Once finished, the facility will permit the supply and export of pure cannabis ingredients across the EU and beyond, all under the aegis of INFARMED. EXM is using a former plastics factory for its refinery, which has been pre-approved by Portuguese regulators.

Summers says all the designs and equipment needs are now in place after an extensive period of evaluation. Final financing to finish the work should be completed within weeks and it is hoped that the Portuguese government will be a major supporter through development grants.

With the groundwork largely laid, EXM is now poised to enter a large, underserved cannabis market. A recent study forecast the European cannabis market to reach USD$36,997.1 million by 2027, up from USD$3,498.1 million in 2019, growing at a CAGR of 29.6 per cent from 2020 to 2027. That growth is being attributed to the upgrading of regulations for medical cannabis and the growth of the cannabis industry.

Meanwhile, EXM continues to consolidate its position in Portugal, which decriminalized the possession and consumption of all drugs in 2001 and cannabis was decriminalized for personal use in 2001. But it's only since 2018 that medical use was legalized. That gave EXM its opportunity — one its seized.

Now Summers has his sights looking east along with the entire country, anticipating a whole new chapter in their history.

"Portugal has spent a lot of time in its history looking West, not looking East, so they have an interesting perspective, but they really want to be part of Europe more so than anywhere else and they really see themselves as part of the European story," he concludes.

Learn more about EXMceuticals by visiting their website here.