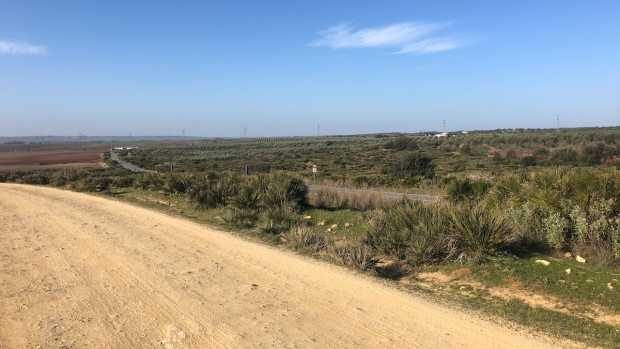 Spain's mineral wealth has been the foundation of empires for thousands of years dating back to 3,000BC when the Phoenicians first beached their boats on the coast to check out those peculiar red rocks. Carthage and Rome fought a war to the death over copper, silver, and lead deposits, which would eventually become the engine powering the Roman Empire.

Moreover, in the Iberian Pyrite Belt of the Andalucia region, mining has occurred for over 5,000 years; “The Iberian Pyrite Belt is one of the most important volcanogenic massive sulphide districts in the world” with mining here becoming significant during the “Tartessian and Roman times, working the oxidation and cementation zones of the deposits for gold, silver and copper.”

Now, Spain is poised to help power a new economic empire, a green one where copper is the new gold, essential to everything from electric cars to self-disinfecting surfaces in hospitals. Copper is used to build the wind turbines and solar panels that are helping the world transition away from fossil fuels. It's in your electronics and in increasing demand by the growing economies of developing nations.

But, why Spain? Because despite being prospected and mined for millennia, the nation is now unveiling new geological promise. And a Vancouver-based mining company is discovering many of these secrets.

An unexpected copper cornucopia has been discovered

Pan Global Resources Inc. (TSXV: PGZ, OTC: PGNRF) is engaged in base and precious metal exploration in Spain and is pursuing opportunities from exploration to mine development. The company recently discovered a potentially vast near-surface copper deposit at the La Romana target, which is part of its Escacena Project in southern Spain.

"I think La Romana took everybody by surprise. It was impossible to predict we were going to get such good grades so near to the surface.”

The Escacena Project is in the Iberian Pyrite Belt, the world’s premier volcanic-hosted massive sulphide district. It has a land package totalling 5,426 ha, directly adjacent to the Aznalcollar-Los Frailes deposit being developed by Grupo Mexico and is within 12 km of the Cobre Las Cruces mine operated by First Quantum Minerals.

"I think La Romana took everybody by surprise. It was impossible to predict we were going to get such good grades so near to the surface," explains Jim Royall, Vice President of Pan Global.

"It's fantastic and it’s also the first time in my career that we've got such high-quality results so close to the surfac. It's normally a long, hard slog to find results like that."

In April 2020, the company reported favourable drill results for the first three step-out drill holes at the La Romana target. They showed high copper and tin grades near-surface and mineralization to within five metres of the surface. The discovery of near-surface high-grade copper in close proximity to several other mines is significant, says Tim Moody, CEO of Pan Global.

"The copper seems to be there in all directions, so that's exciting and means that this deposit has some promising size potential," explains Moody.

For reference, the drilling was done in an area that hasn't seen any exploration for over 30 years. The only serious exploration was by Exxon in the early 1980’s. Exxon was mainly an oil company and left the area after completing a small number of widely spaced drill holes.

Pan Global's Aguilas Project: Huge scope for rich results and the best is yet to come

Exciting as the prospects for the Escacena Project are, it's not the only initiative Pan Global has in Spain. To the north in Andalucía, the Aguilas Project covers over 16,000 ha. The area is characterised by gentle topography, moderate climate, and is accessible all year round, with good road access and infrastructure. Exploration has focused on major fault structures cutting the Pedroches Batholith structure with copper, lead, zinc, silver and gold.

Pan Global's drilling results show a potentially vast structure and Royall says the best part is that the results indicate they haven't hit the richest ground yet.

He adds, "The Northeast oriented copper structure is almost 20 km long, and we’ve got copper all along that distance. We have found copper in every hole and the geologists say we haven't found the money hole yet.”

In addition, he adds, “We have only drilled a small portion of another 20 km long, northwest oriented trend with historical lead and silver mines. Our first drill holes have already shown potential for ore grades over several meters thick starting from surface.”

As if that wasn't enough, in late April Pan Global finalized a deal to acquire all rights to the Al Andalus property, which is close to the company's La Romana target. This adds another 3,000 ha to Pan Global’s holdings, extending the Escacena area to around 6,000 ha in total.

This prospective region has remained largely unexplored since the mid-1980s. The area contains a number of additional targets including untested gravity anomalies, potential extensions of the La Romana target, two areas with old mine works, and a prospect where Exxon drilled 9.5 m at 1.42 per cent copper that has never been followed up. All of this puts Pan Global in an excellent position in one of the most prospective mineral belts in the world.

It also should put the company on the radar of investors, says Eric Coffin, News Writer at the Hard Rock Analyst newsletter.

"I think it's the real deal and I think Tim Moody has a real discovery," notes Coffin, whose newsletter provides in-depth analysis of the mining sector.

"My gut feel is there will be a resource high-grade enough to be economic. I think it's a great company to have your eye on and I don't think the price is unreasonable."

Pan Global’s continued dedication to working with local Spanish communities and commitment to always operating safely and respectfully toward the environment, only adds to its exploration success in the area. If the company continues to see the positive drill results it has enjoyed recently, the possibilities of reaching the operational stage are likely and the people of these communities would stand to benefit greatly.

"It's fundamental here," says Royall. "We've worked very hard and very closely with all of the local communities and officials and we're very thankful that they're supportive of our efforts."

Pan Global has an open communications policy to engage communities and works to make a difference in them, especially in this era of COVID-19.

"We want to let people know what we're doing is part of where they're at and that we respect all the health and safety guidelines, especially in this COVID-19 situation.”

The Pan Global Resources team is proud to have played a small part in the fight against COVID-19 in Spanish communities - Read more about PGZ's COVID-19 Efforts in Southern Spain https://t.co/2E5iauZ4Fu pic.twitter.com/aP7JV3XSon

"I think we're going to have a lot of news in the next couple of years as we get in and start testing more of this ground. Once the permits are in place for the recently acquired Al Andalus property next to Escacena, this will open up a whole new group of targets to get into and great potential for another discovery there also," says Moody.

"We're off to a really good start and the more we learn about it the more upside and size potential we see."

To learn more about Pan Global and its projects, visit their website here.