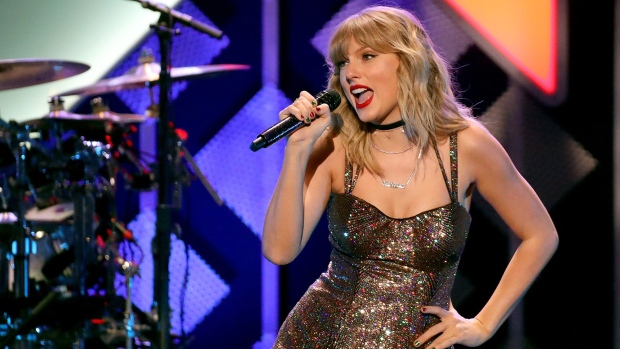 Back in the days when bands like Led Zeppelin or The Who toured America, teens lined up overnight at ticket booths, hoping for great seats when the window opened. As time went on, the queue moved to the telephone and ultimately online. All the while, one company increased its grip on the live-event market. That company is Ticketmaster.

But that could change thanks to Taylor Swift. Having waited years to see her live again, millions of fans were blocked by a combination of crushing demand, technical breakdown and the ascendance of bot-buyers who funnel tickets to a secondary market that charges sky-high prices. (In the 20th century, they were called scalpers.) As reporter Augusta Saraiva explains on the latest episode of Stephanomics, this consumer calamity infuriated Swift’s fans, many of whom are swimming in cash saved up during the pandemic and desperate to spend it, regardless of the shaky economic landscape. This strange state affairs already has a name: “Swiftonomics.”

Lawmakers have seized on the popular outrage, uniting with fans against what many have long alleged to be Ticketmaster’s monopoly power. Host Stephanie Flanders speaks with Bloomberg industry analyst Eleanor Tyler about how the debacle, and its growing political exploitation, may be the tipping point for increased antitrust regulation that finally breaks Ticketmaster’s spell over the live event marketplace.

Then we dive headlong into a different thicket: how recycling doesn’t work as advertised. Consumers may feel better about mass consumption because there’s a blue bin for everything, but the hard truth is they’re fooling themselves. Most of the plastics, clothes and other items they seek to recycle wind up in landfills or dumped on the developing world. Along the shoreline of Accra, Ghana, what locals call “dead white people’s clothes” can be found in piles up to six feet high.

Reporter Natalie Pearson explains that while fast-fashion chains like H&M and Zara encourage recycling, only a small fraction of their clothes will ever be remade into new items. Bloomberg recently surveyed the problem in Accra, where some 40% of the imported clothes end up as trash, and in the Indian state of Gujarat, where roughly one-third have no use. Finally, Flanders sits down with Bennington College Senior Fellow and visiting faculty member Judith Enck, a US Environmental Protection Agency official during the Obama administration, to discuss just how broken the recycling system is, and how it could be made to work better.