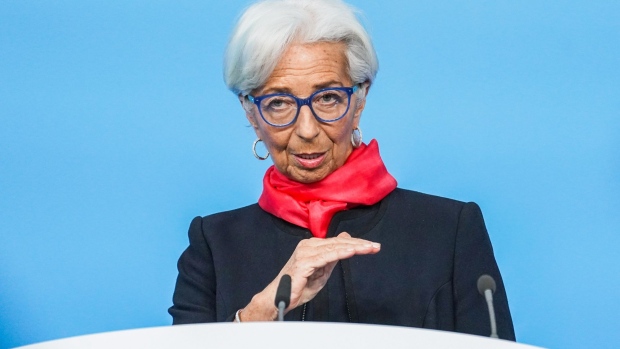 (Bloomberg) -- Less than three weeks before embarking on a series of interest-rate increases, the European Central Bank is honing its plans to keep government-bond markets from panicking as it does so.

A first line of defense against a sovereign-debt crisis akin to the one that struck the euro zone last decade became active on Friday. A new instrument to avoid so-called fragmentation — unwarranted blowouts in member states’ yields — is due soon to enable the ECB to respond to record inflation.

Here’s what we know about the central bank’s two-pronged strategy:

How it will work

How it will work