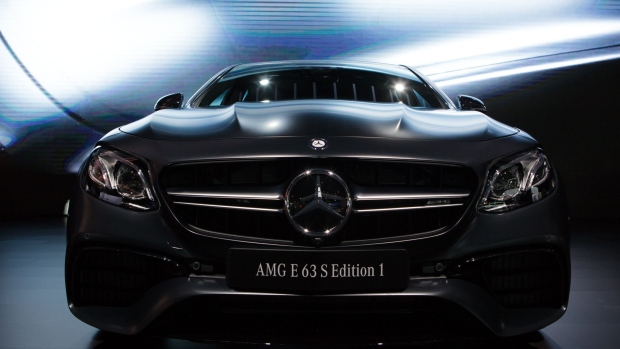 Among a certain set, a station wagon is the ultimate luxury.

This may come as a surprise. But upscale versions of the ‘70s staple combine the athleticism of a sports car with the practicality of an SUV. They also carry a price premium higher than their sedan siblings.

And they are far more rare. Barely 1 per cent of all new cars sold in the U.S. in 2019 were station wagons—quite a contrast from the 10 per cent of the car market they represented in 1976 at the height of their popularity. The closest BMW comes to offering a station wagon in the U.S. right now is the X2, which is more like a hot hatch than a wagon.

The most important thing to know is which one is right for you. Here’s a deeper look about how they compare against each other.

Inside: The interior in each of these wagons is thoughtfully designed and well-built, with a practically minded mix of touchscreens and buttons that offer tactile feedback. But Audi’s RS 6 Avant offers the most modern appeal of the three. The brand did an exceptional job of streamlining its cabin with smartly angled and responsive touchscreens, ergonomic paddles for shifting, clever honeycomb stitching on the seats, and knobs for controlling the technology systems.

The lighting is soft and relaxing and lends an aura of cool. There’s 59.3 cubic feet of rear space with the rear seats folded, second only to the 64 cubic feet of space in the Mercedes AMG E 63. One cool extra: The RS 6 Avant has a motion-activated control that opens the tailgate when you swipe your foot underneath it—helpful for opening the back with your arms full.

Performance: The RS 6 Avant comes in with 591 horsepower, the least of the group, and its 3.5-second sprint from zero to 60 mph is the slowest among the three as well. However, I found its eight-speed, all-wheel-drive, abnormally nimble handling, balanced body, and perfectly calibrated ceramic brakes to be a real joy to drive. It feels more refined, more civilized, than the serpent-quick Porsche and bludgeon-lookalike AMG.

Another bonus is one of those launch-control buttons that allows you to disengage the car’s safety systems and shoot to 100 mph in just over seven seconds from a standstill. Not that you’ll need it in the school pick-up line, but it’s nice to know it’s there.

Exterior: With its gaping front fascia, nipped-in sides, low stance, and massive 22-inch wheels, the Audi has the most striking curb appeal of the three wagons in question here. It even bears a passing resemblance to the Lamborghini Urus—thanks to the sculpted doors, the HD Matrix LED headlights with laser lights, and darkened trim in addition to the blacked-out front. The Nardo gray paint job, which is exclusive to the RS 6 Avant, amplifies the glowering look.

Powered by a V8 twin-turbo TFSI, driven by the 600 horsepower and 800NM of torque, enjoyed by you. Introducing the new #Audi #RS6Avant. pic.twitter.com/35csBrR5ih

Inside: If storage space is your main focus, the Mercedes AMG E 63 offers the most: 64 cubic feet in the rear with the seats down. The car really separates itself from the others, though, in the sporty feel of the interior, with near-bucket seats, 64-color ambient lighting, “AMG”-illuminated door sills, and the piece de resistance—a 12.3-inch, high-resolution central display. When combined with the equally large digital instrument cluster behind the steering wheel, it looks like some sort of futuristic surfboard.

Performance: At 602 horsepower, the AMG E 63 wagon isn’t far behind the abilities of the Porsche’s ridiculously powerful 620 hp. The 3.4 second zero-to-60 mph time is also the second-fastest of the trio.

Perhaps more important, it feels more aggressive than the others from behind the wheel because of its exceptional V8 engine, silky-smooth nine-speed transmission, and massive sport brakes that bite the instant you tap them. (The 627 pound-feet of torque don’t hurt, either.) It bores down the road with a raw, roaring intensity unmatched by the Porsche.

Exterior: The AMG E 63 offers a strong visual appeal as well, though it looks more like a heavy German sledge than a Lamborghini. It is two inches longer and more than an inch thinner than the Audi, with a new, reshaped grille that has vertical slats and a larger Mercedes logo in the middle.

The headlights are completely remodeled. A redesigned rear diffuser and new 20-inch wheels give the whole thing a more svelte, aerodynamic, Darth Vader-like design than the edgier Audi. When I drove it, the most comments I got from people were about the matte blue paint job. It looks so unusual, they often assumed it a specialized wrap instead of a factory-option exterior.

Announcing the new 2021 Mercedes-AMG E 63 S Sedan, equipped with a 4.0L V8 biturbo engine that reaches 0-60 in 3.3s. With design refreshes inside and out, it also comes with the new AMG Performance steering wheel as well as AMG-specific MBUX voice updates. #AMG #E63S #4MATIC pic.twitter.com/LBXX2Tn3bh

Inside: The Panamera offers 49 cubic feet of space—the least of this group. But it makes up for that in other ways. In the Porsche, the long center console that holds the shifter, divides the cabin, and leads up into the dashboard is what you’ll remember most.

The Porsche technology feels the least futuristic of the bunch, with less interior lighting and the standard Porsche steering wheel and knobs we are used to seeing in other Porsche vehicles. Then again, for many people that old-school look is preferred.

Performance: Anyone back in the wagon heyday of the 1970s would have been dumbfounded to hear that the Porsche Panamera wagon has 620 horsepower. Until just a decade ago, that sort of power wallop was reserved for only the top supercars, not lowly grocery getters. Now, that’s good enough to beat the rest of the bunch in terms of sheer power and force.

Porsche beats all comers too in the zero-to-60 mph sprint—a supercar-fast 2.9 seconds, compared to 3.4 seconds in the Mercedes and 3.5 seconds in the Audi. What’s more, Porsche has rear-axle steering, ceramic composite brakes, adaptive air suspension, and four extreme drive modes that pack an incredible punch.

Exterior: The rounded-at-the-edges Porsche Panamera Turbo S Sport Turismo looks virtually indistinguishable from the “normal” Panamera sedan, which by turn looks like a super stretched-out 911—not exactly stunning. At 198.8 inches long, it’s the longest wagon of them all, but that doesn’t translate into the most storage space.

The main outlier among the Audi, Mercedes, and Porsche wagons is how much they cost. With a starting price of US$183,000, the Porsche demands considerably more than the other two, which, as you’ll recall, comes to US$109,000 for the Audi and US$112,450 for the Mercedes.

For those who must have the on-paper most powerful, quickest wagon available in the U.S., the money will be worth it. But plenty of people will value the raw performance and space of the Mercedes and the cool elegance of the Audi. Any performance difference is negligible, at best. The best way to tell what you prefer? Go out and test-drive all three.