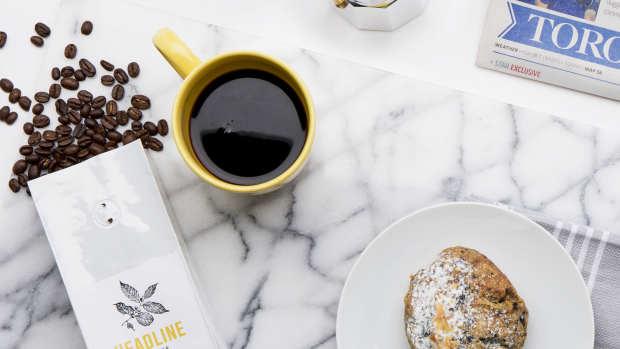 TORONTO -- Newspapers crippled by declining advertising are increasingly turning to less traditional sources of revenue, such as hosting coffee and wine clubs, in an effort to boost profits.

The latest twist was unveiled this week, when the Toronto Star announced the launch of Headline Coffee, which delivers a new bag of ethically sourced coffee beans from different countries. The coffee delivery service costs $20 a month and is not limited to Star subscribers.

"The newspaper business is going through a pretty turbulent time and people are throwing a lot of jelly at the wall, trying to see what sticks," said Paul Knox, a professor emeritus at Ryerson University's school of journalism in Toronto.

The Canadian newspaper industry has had one of its most bruising years in recent memory.

Last week, the Globe and Mail asked for about 40 of its employees to volunteer for buyouts. About a month prior to that, Torstar announced it was laying off more than 50 people, most of whom from the Toronto Star newsroom.

Julie Murtha, the Toronto Star's director of audience development and innovation, said it's premature to say how much Headline Coffee will contribute to TorStar's profits, but it is expected to do so.

"We thought it's an interesting way to extend the products and services that we can offer to consumers," said Murtha.

Several publications operate similar subscription services. The New York Times and Wall Street Journal both host wine clubs that ship curated bottles of vino to customers as frequently as once a month.

The Times also partnered with Chef'd this summer to sell meal kits filled with ingredients to make recipes from its cooking section. Customers can, for example, pay US$59 for a kit to make four servings of beef bourguignon by lead Times Magazine food writer Mark Bittman.

The Globe and Mail plans to continue hosting Globe-branded events at its new office space in Toronto, as well as rent out a floor for conferences and other meetings, said publisher Phillip Crawley in an email.

Nearly 10 years ago, the national newspaper hosted a two-week Mediterranean cruise that featured events, like food and wine demonstrations, with some of its staff.

"We're in an environment where the old system doesn't work anymore and nobody quite knows what the new ways of raising revenue for journalism are going to be," said Christopher Waddell, an associate professor at Carleton University's school of journalism and communication in Ottawa.

He is adamant the future doesn't lie in advertising or subscriber revenue, as some people seem resistant to paying for news and online paywalls have only worked favourably for a number of organizations.

"The question becomes, 'Can you find other ways of making money or bringing in revenue that allows you to support the news gathering and what you want to do?"' he said.

Aside from extra income, the other benefit from such ventures may be the ability to draw in new readership by exposing the news brand to new demographics, both Knox and Waddell said.

Alice Ting, vice-president of brand development at the New York Times, said in a statement that the company sees the potential for its wine club and meal kits to reach new audiences.

Knox and Waddell said they believe these types of alternative revenue sources will continue cropping up. The Star is already thinking about expanding beyond coffee, said Murtha, though it's first looking to gain a foothold in the market with the product.

But Waddell warns that what works for one organization may not be successful for another.

"People are going to try lots of different things," he said. "Some of which will work and some of which won't."