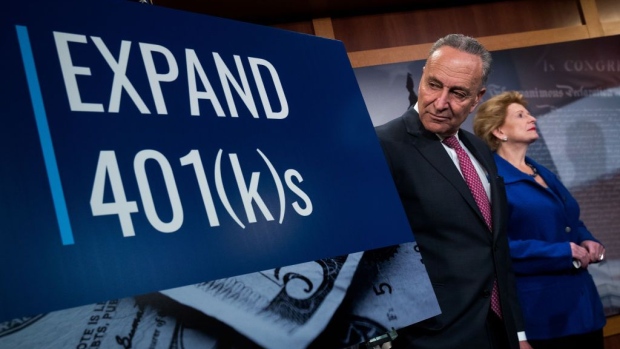 (Bloomberg Opinion) -- For U.S. workers covered by 401(k) plans, every January offers a new opportunity to change how much they save for retirement. So this is a good time for policymakers to put some thought into the best ways to encourage retirement savings as the U.S. continues to move away from traditional defined-benefit pensions.

New evidence presented this month at the annual Allied Social Science Association meeting highlights effective ways to induce workers to save. It includes support for the findings of a research  team I was part of 15 years ago that examined the impact on savings behavior when a retirement contribution was matched. That research team included Esther Duflo, who has since gone on to win the Nobel Prize in Economic Science for her work on randomized control trials, the gold standard of research methodology on which our original research was based.

The new research, by economists at the Congressional Budget Office, examined the effect of matches by assessing a shift for federal government employees hired in 1984 and later compared to those hired in 1983 and before. Only the new employees were eligible for a match if they participated in the federal government’s Thrift Savings Plan: 100 per cent of the first 3 per cent of salary contributed, and then 50 per cent of the next 2 per cent. The CBO economists compared savings rates for those hired right after and right before the change. They found the match to be very effective: both participation rates and contributions boomed afterwards.

Finally, the CBO research examined what the effect would be of enrolling workers in a savings plan automatically, meaning that all workers would be included except for those choosing to opt out.

Automatic enrollment had been the primary focus of a project I directed at the Brookings Institution between 2005 and 2007. In the 15 years since that project began, the share of employers using automatic enrollment rose from under 10 per cent to almost 50 per cent now, and making a similar switch to automatic enrollment in the Thrift Savings Plan was one of the Barack Obama administration’s initiatives while I worked there in 2009-2010. The federal government shifted to automatic enrollment for workers hired after August 2010, and again the CBO team assessed the impact by studying those hired right before and after that crossover date.

Automatic enrollment had a significant effect, but smaller than the impact from matches. The CBO team concluded:

The research shows that both a match and automatic enrollment have significant positive effects, especially on groups (including moderate-income workers) that tend to have lower participation and contribution rates. If we’re going to continue relying on defined contribution plans, these features can help to make the system function better. Which is why it was a step in the right direction in December when President Donald Trump signed a new federal law encouraging small businesses to adopt automatic enrollment by giving a tax credit to those that do so.

Peter R. Orszag is a Bloomberg Opinion columnist. He is the chief executive officer of financial advisory at Lazard. He was director of the Office of Management and Budget from 2009 to 2010, and director of the Congressional Budget Office from 2007 to 2008.