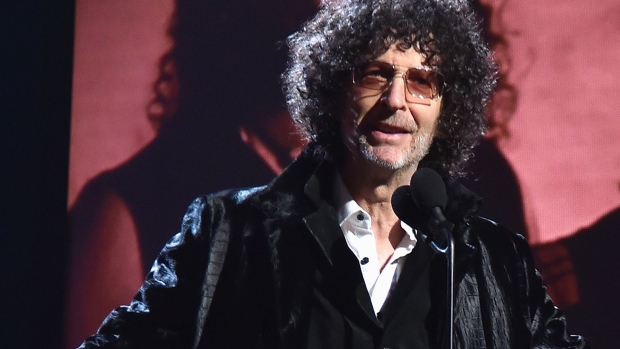 Howard Stern, the radio shock jock who’s maintained his star power in the podcasting era, is nearing a contract renewal with Sirius XM Holdings Inc. that would boost his pay to about US$120 million a year, according to people familiar with the matter.

Stern’s contract with Sirius expires at the end of December, and the 66-year-old has been negotiating a fresh deal for the better part of the year, said the people, who asked not to be identified because the conversations are ongoing. His previous five-year contracts, which cover production and staff, topped out at roughly US$80 million to US$100 million.

Sirius shares climbed as much as 7 per cent to US$5.95 in late trading after Bloomberg reported that the agreement was close. They had been down 22 per cent this year through Tuesday’s close.

It's still possible talks will fall apart. Chief Executive Officer Jim Meyer, who has long seen Stern as key to Sirius’s success, will be leaving at the end of the year. But keeping Stern has been a major priority for the dominant player in satellite radio. The talk-show host is the company’s biggest star and helped draw millions of listeners to satellite radio when he left his job in terrestrial radio for Sirius in 2005.

Analysts have speculated that Stern could leave Sirius for Spotify Technology SA, which has built a large podcasting operation to complement its online music service. But even though Stern’s team held preliminary conversations with Spotify, they didn’t progress very far, according to people familiar with the talks.

“I can look every investor in the eye and tell them that is a good investment for Sirius XM.”

Shares of Spotify dropped 2 per cent in extended trading on Tuesday.

Stern’s payday speaks to his enduring influence at a time when every new audio company is focused on podcasting. Joe Rogan, who hosts of the most popular podcast in the U.S. for Spotify, will make a fraction of the money that Stern will over the course of his deal.

Without giving specifics on any agreement, Sirius’s Meyer said last month that Stern was still quite valuable to the company. Stern last renewed deals with the satellite broadcaster in 2010 and 2015.

“I can tell you that we understand the economics very, very well, for instance, of content like Howard Stern,” he said at a Goldman Sachs conference. “I can look every investor in the eye and tell them that is a good investment for Sirius XM.”

Satellite radio doesn’t generate the same number of headlines as podcasting, which has attracted everyone from former first lady Michelle Obama to late-night host Conan O’Brien. Yet it generates a lot more cash for Sirius and its largest shareholder, Liberty Media Corp. More than 34 million people pay for a subscription to Sirius, which offers more than 150 channels of live sports, music, talk and comedy. The company generated US$7.8 billion in sales last year and nearly US$1 billion in profit.

The new deal with Stern will probably be a comfort to investors, who have been jarred by the change in leadership and growing competition from online rivals Apple Music and Spotify. Those companies have been increasing their audiences at a much faster pace and have also made inroads getting installed in cars — long one of Sirius’s strengths. Its shares have fallen 22 per cent this year through Monday’s close.

Sirius has invested in online radio and podcasts in recent years, hoping to keep listeners from defecting to Spotify and Apple Music. The New York-based company acquired Pandora, the online music service, as well as Stitcher, a podcasting service. Yet satellite radio remains Sirius’s cash cow, with Stern at the center of it all.