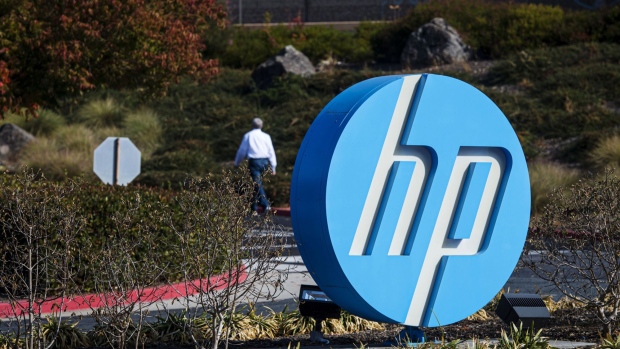 Revenue in the third quarter was $15.3 billion, up 7% but less than the average analyst estimate of $15.9 billion, according to data compiled by Bloomberg. Still, profit topped estimates, and the company gave an upbeat outlook for earnings thanks to higher PC prices.

While demand is growing, a shortage of low-cost components is holding back HP’s ability to fill all the orders it gets, Chief Executive Officer Enrique Lores said in an interview. He expects demand will continue to be strong, but said HP will be limited by the lack of parts for several more quarters.

Profit is outperforming the company’s and Wall Street’s predictions because of HP’s emphasis on selling more expensive machines, raising prices and cutting back on spending on promotions, he said.

“We could have grown more if it wasn’t for the shortages of components,” Lores said. “We continue to see very strong demand in the PC business, both in consumer and corporate.”

Profit excluding some items in the period that ended in April rose to $1 a share. Analysts projected 84 cents.

Fiscal fourth-quarter profit, minus certain items, will be 84 cents to 90 cents a share, the Palo Alto, California-based company said Thursday in a statement. Analysts, on average, estimated 80 cents. The company doesn’t provide a revenue forecast in its earnings release.

HP shares, which closed at $29.10 in New York, slipped about 3% in extended trading following the announcement. The stock has gained 18% this year.

HP’s sales growth has accelerated on demand for laptops needed for work and study at home. Some investors and analysts have expressed concern that the rapid expansion of the PC market, after a decade of stagnation, is a short-term phenomenon. HP said notebook PC revenue fell from the preceding quarter, and was flat compared with a year earlier. Sales of desktop machines grew modestly.

HP’s lucrative printing business is picking up as companies re-equip offices that are slowly returning to use.Revenue from Personal Systems, mostly computers, fell about 1% to $10.4 billion in the period ended July 31. Printing sales climbed 24% to $4.9 billion.