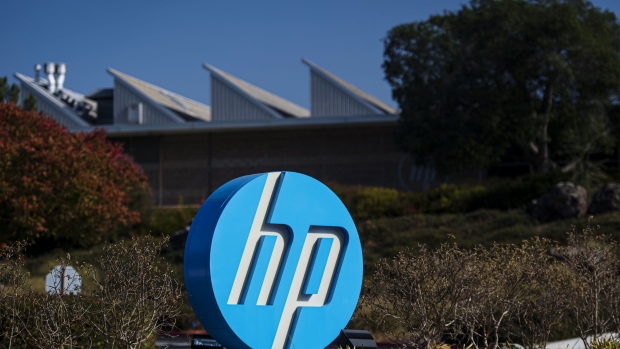 HP Inc. announced it will return  US$16 billion to shareholders, primarily through buybacks, and boost cost cuts, trying to rally investors against Xerox Holdings Corp. for control of the world’s second-largest personal computer maker.

HP will increase share repurchases to  US$15 billion from a  US$5 billion program announced in October. This will result in adjusted profit of  US$3.25 to  US$3.65 per share in fiscal 2022, which is about  US$1 more per share than analysts’ projections. HP executives also said they have engaged Xerox to discuss a potential combination on their terms, rather than succumbing to the printer maker’s hostile takeover effort.

The hardware giant raised its profit forecast for fiscal 2020 to as much as  US$2.43 a share, excluding some expenses, bolstered by the surge of share repurchases scheduled after the company’s annual meeting. For the current period, profit will be 49 cents a share to 53 cents a share, the Palo Alto, California-based company said Monday in a statement. The forecast fell short of Wall Street’s estimate of 54 cents, according to data compiled by Bloomberg.

HP executives said supply-chain disruptions related to the coronavirus outbreak will cost the company about 8 cents a share in adjusted profit in the current quarter. HP doesn’t expect the virus known as COVID-19 to affect performance in the second half of 2020.

The company also said it would raise its cost-cutting program to  US$1.2 billion by 2022. HP, which had 56,000 workers as of October, is in the midst of a restructuring that could result in as many as 9,000 employee dismissals.

HP’s shares gained about 4% in extended trading after closing at  US$22.10 in New York. The stock has declined about 7% in the past 12 months.

HP has repeatedly rejected Xerox’s effort to secure a  US$35 billion acquisition, saying it “significantly undervalues” the company. A deal would unify two icons of the technology industry that pioneered innovations consumers and office workers still use today, but have faded in an industry increasingly driven by software. Xerox has said it will launch a tender offer “on or around March 2” for HP shares valued at  US$24 in cash and stock. For each HP share, a holder would get  US$18.40 in cash and 0.149 Xerox shares. Norwalk, Connecticut-based Xerox has also started a proxy fight, nominating 11 candidates for HP’s board to help close the deal.

“We had a very strong first quarter, are putting in place a very aggressive plan and we are confident we can deliver on it, as we have in the past,” HP Chief Executive Officer Enrique Lores said in an interview. “We are open to explore a combination. Any combination needs to address three issues: it needs to reflect the right value exchange, needs to have the right capital structure and needs to have the right assessment of synergy.”

HP believes a deal with Xerox would only unlock  US$1 billion in cost savings, not the  US$2 billion Xerox executives have promised, because only 10% of their businesses overlap, Lores said. HP will use a combination of cash on hand and debt to fund the buybacks. Chief Financial Officer Steve Fieler said he expects to take out a “few billion” dollars of debt. The company is committed to retaining a debt ratio of 1.5 times to 2 times profit, from 1.1 times currently.

Xerox’s largest investor, activist Carl Icahn, has pushed for a tie-up in any form, so long as Xerox CEO John Visentin leads the combined company.

HP structured the buybacks as an incentive for investors to reject Xerox’s director candidates. If shareholders vote against the challengers, they’ll start to see a benefit from  US$8 billion in buybacks over the next year, according to HP. The company said it would issue a proxy statement in the next week to announce the date of its annual meeting, which is usually in April.

Fiscal first-quarter profit was 65 cents a share, excluding some expenses. That surged past HP’s previous projection of as much as 56 cents for the quarter. Analysts estimated 54 cents.

For a year, HP has sought to stabilize its profitable printing division, which started stumbling in February 2019 due to lower customer demand for ink and toner. Revenue declined less than 1% to  US$14.6 billion in the period ended Jan. 31. Sales in the printing division fell 7% to  US$4.7 billion, with ink supplies dropping 7% in the period ended Jan. 31. Consumer hardware revenue declined 13% and commercial devices decreased 1%.

In response to the falling ink sales, HP plans to change its business model starting late this year to make some printers profitable upfront, rather than heavily discounting them and making up the difference with ink sales. The company’s cheap printers will now be incompatible with generic or counterfeit ink cartridges.

HP is the leader in the printing industry, with 20.6% of the market by revenue, according to research firm Gartner Inc. Xerox is fourth, with 10% of the industry.

Revenue from personal computers increased 2.4% to  US$9.9 billion in the quarter, despite disruptions from the coronavirus outbreak. There were sales increases across laptops, desktops and workstations. Corporate clients are upgrading their computers to adopt Microsoft Corp.’s Windows 10 operating system.