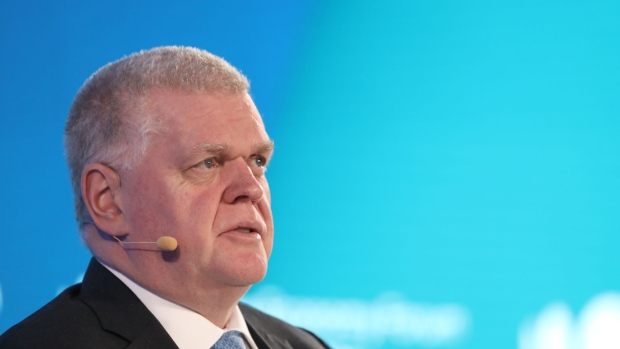 Jitters about Evergrande, which spread to global equities and commodities this week, could have wider implications, he said, according to a transcript of comments he made Wednesday at a Bank of America Corp. conference. “I’d be naive to think that the turmoil in the market doesn’t have the potential to have second-order and third-order impact. Clearly with the changes that are taking place in the Evergrande situation it’s concerning.”

“There is a potential for second and third-order impact, particularly on the capital markets and the bond markets, and we’ve got to stay close to that.”

Quinn said HSBC, one of the biggest international banks in China, had yet to see any direct impact from the escalating problems at Evergrande after the cash-strapped property developer missed loan interest payments earlier this week.

The CEO pointed to HSBC’s provisions for distressed loans within commercial real estate in the first six months of the year. “You wouldn’t have seen anything in that, that indicated we were concerned about our CRE exposure in China,” he said.

HSBC’s asset management arm has been among large holders of Evergrande debt, along with the likes of BlackRock Inc. and UBS Group AG. According to data compiled by Bloomberg, HSBC held a little over $200 million of Evergrande’s dollar bonds.

The bank is upbeat on the overall prospects for the Chinese economy despite recent setbacks such as the authorities’ clampdown on some large technology companies. At a Barclays conference last week, HSBC Chief Financial Officer Ewen Stevenson said the crackdown could actually be good for the lender.

Quinn said some of the issues at Evergrande, which partly stem from new government rules on real estate debt, had been well signposted. “I don’t think the regulatory reform that we see necessarily is wholly unexpected because there have been some strong signals, particularly around shadow banking, around the commercial real estate market, that some of the regulatory regime was going to change.”