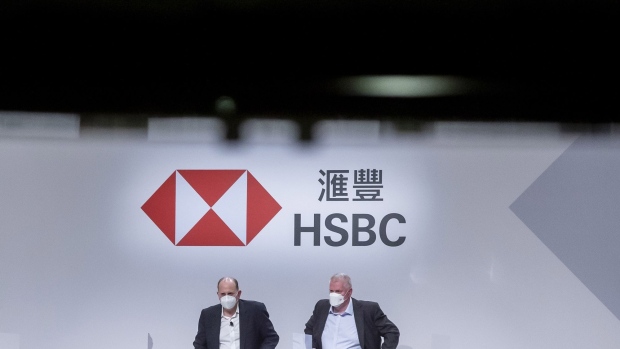 (Bloomberg) -- HSBC Holdings Plc has sought advice on a proposed breakup of the bank and remains convinced that the move would damage the business, according to CEO Noel Quinn.

The bank sounded out investment banks and lawyers and then asked a firm of accountants to check the workings to make sure the analysis was robust, Quinn said at a Bank of America Corp. conference on Tuesday.

“We’ve taken the board through all that work,” he said, adding that breaking up the “hugely international” bank would create dis-synergies around areas including costs and funding. “The net was a negative in our financial analysis.”

Ping An Insurance Group Co., the bank’s largest shareholder, is campaigning for change, arguing that the lender is in need of urgent and radical reforms.

Ping An estimates a spin-off of HSBC’s Asia business would generate additional market value of $25 billion to $35 billion, release $8 billion in capital requirements, and save on headquarter and infrastructure costs, Bloomberg News reported last month.

Separately Quinn said a reopening of China’s economy was unlikely this year or early next year but expressed hope this could change in the middle of 2023. He added that he visited Hong Kong for a month in the summer and said there was evidence of a progressive re-opening of the Hong Kong market.

Quinn said he was confident Hong Kong would remain an international finance center. “China wants to have a gateway to international capital and Hong Kong is well positioned to be that gateway.”