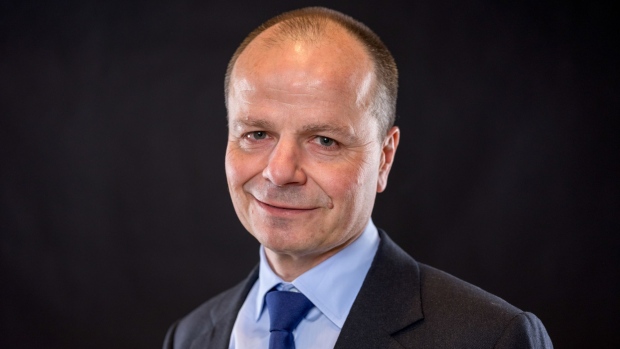 (Bloomberg) -- HSBC Holdings Plc is likely to benefit from China’s wide ranging crackdown on its technology sector because it could steer more business to Hong Kong and limit competition, the bank’s chief financial officer said.

“The fact that large tech has come under greater scrutiny, in some ways, we could be a net beneficiary of that,” Ewen Stevenson said at the Barclays Virtual Global Financial Services conference on Monday. “It encourages, I think, some of the listings that were going to be done in the U.S. to come back to Hong Kong.”

HSBC counts Hong Kong as its biggest market and the lender is using the finance hub to push deeper into mainland China. China is in the midst of a campaign to rein the size and power of its technology sector, imposing fines, new rules and making it harder for its firms to list abroad. The push heated up almost a year ago when regulators torpedoed the record initial public offering of Jack Ma’s Ant Group Co. and then targeted Alibaba Group Holding Ltd. and Tencent Holdings Ltd. among others.

Stevenson said that some of the benefits include that HSBC’s “more assertive fintech competitors” are potentially going to be a bit more constrained.

Europe’s largest lender plans to spend as much as $2 billion on acquisitions, he said. The bank in August agreed to buy AXA Singapore for $575 million in a push to build a global wealth hub in Singapore and expand across Southeast Asia.